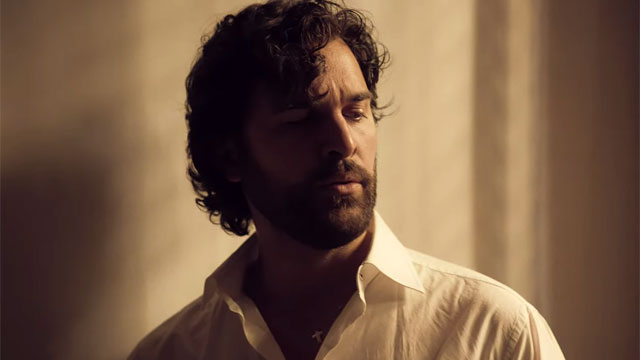 So, I’m excited to learn the Fuller House star (who came out in 2019) is also an accomplished singer and dancer, and has released his first Spanish song, “Te Sentí.”

Described as a love letter to his heritage and to his identity as a member of the LGBTQ+ community, Di Pace co-wrote “Te Sentí” with Latin Grammy winner Paulina Aguirre.

The new song is from his upcoming EP Vascular scheduled for release later this year.

The music video for “Te Sentí” is a gorgeous, sensual affair playing light against shadows, sharing an inclusive story of desire and lost love.

“It’s important for me to showcase a strong musical style and stories that are honest and truthful to whatever is going on in my life at the time…” Di Pace says in a press statement. “With ‘Te Sentí,’ I was inspired by the feeling of losing someone, and that immobilizing pain you feel when you know it just cannot be.”

Whether you understand Spanish or not, you’ll understand what the dashing Juan Pablo Di Pace is singing about here. 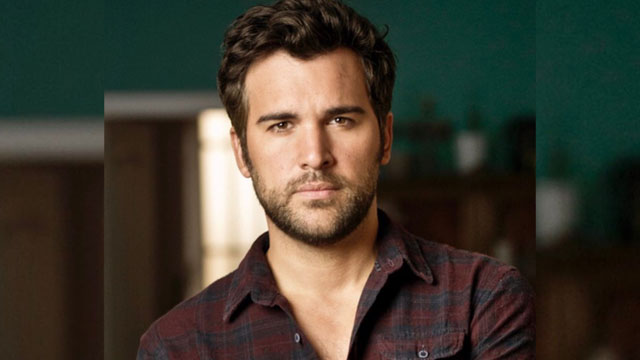 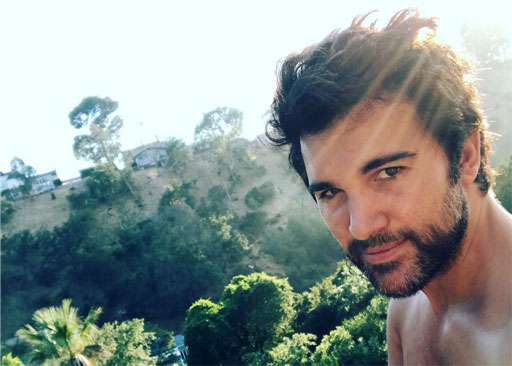 Juan Pablo Di Pace, one of the stars of Netflix’s Fuller House, recently came out as gay during a TedX event in the Netherlands.

Di Pace (Mamma Mia!, AD The Bible Continues, Dallas and Camp) spoke to the audience about growing up in Argentina and how, as a small boy, he realized he enjoyed playing with girls instead of boys.

Until one day, he heard a word for the first time in first grade.

“It started like thunder that got closer and louder to me as it exploded like egg in my face: maricón or f*gg*t.”

He admits he didn’t really know the word, but it came to represent a big part of his own internal dialogue.

Describing his younger self as “this sad kid who suffered,” Di Pace shares he found solace in learning to sketch and draw because “it was the only thing my bullies could not fight against.”

He soon came to regard drawing as his ‘super power,’ because it helped create some sense of respect or acceptance from his bullies. And he loved it.

“I wanted more,” he told the crowd. “I became an addict of acceptance.”

“Acceptance was my fuel, and when that is the case, like an addict, you do whatever it takes to get a fix,” he said.

“In order to please others – what do you do?” he asked the crowd. “You change.”

“I figured, if I changed my f*gg*t self, I could be in,” Di Pace admitted. “I hated that word so much I spent years perfecting myself to become a very convincing little actor.”

View this post on Instagram
Good morning sunshine… I mean, afternoon sunshine.
A post shared by Juan Pablo Di Pace (@juanpablodipace) on May 3, 2019 at 4:16pm PDT

In a stroke of luck, he scored a two-year scholarship to the United World College in Italy, where he was able to “befriend other ‘freaks’ like me – it was beautiful!”

It was there that he first stepped on a stage. Singing the opening notes of “Summer Lovin’” from GREASE, he had an epiphany (“It felt amazing!”) becoming an addict of something new: Applause.

That addiction would take him to London where he would begin his professional performing career, first as a dancer (which included an early gig as a naked extra in an opera) and then later as an actor.

It wasn’t until he was offered “the role of a lifetime – Jesus Christ,” in the TV series AD The Bible Continues, that he finally came to terms with his sexuality.

“So, there I am, hanging on the cross…in Morocco…and I look up at the sky, and I think, ‘You could still strike me down with lightning. Are you sure you want me to play your son? Me?’”

He waited for a response. But, instead he experienced “an overwhelming feeling of love and acceptance and freedom that I could never even put into words.”

“Words are like universes, and we are magicians who can create universes with them,” he added. “When you’re aware that you’re screwing up your own movie, change it.”

Since 2016, Di Pace has played the role of ‘Fernando’ in the Netflix reboot of Full House.

The farewell season of Fuller House will be released this fall.

View this post on Instagram
Behind the scenes on set with the beautiful @johnstamos 🇦🇷 Detrás de bambalinas con el demasiado guapo John Stamos #TBT
A post shared by Juan Pablo Di Pace (@juanpablodipace) on Dec 14, 2017 at 10:13am PST

He sings and dances, too!