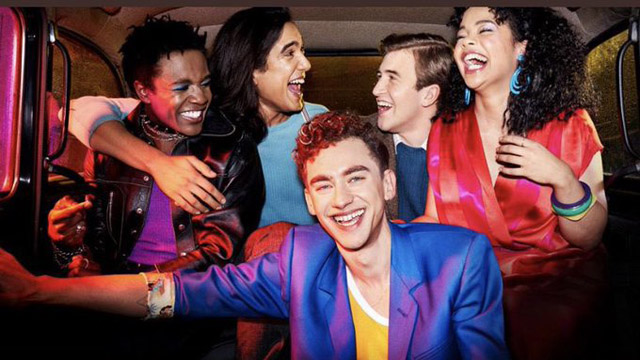 Russell T. Davies, creator of the acclaimed new queer series It’s A Sin, said in a recent interview his series might have been green lit years earlier if he’d written a scene suggested by a TV exec.

But he refused to write the scene that he described as “unbelievably crass.”

“I thought that was unbelievably crass and literally refused to do it.

“I’d rather die than type that page. It’s the wrong way to tell it. There was a lot of nonsense like that. Then you just wait for the right commissioner. In my experiences, all the bosses will leave their jobs every two or three years. So just sit still and the right person will enter the seat again.”

And five years later, Davies got the go-ahead for the series the way he envisioned it.

Hubby Michael and I watched the five-part series over its first weekend it was available in the U.S. on HBO Max, and we loved it. I highly recommend watching. 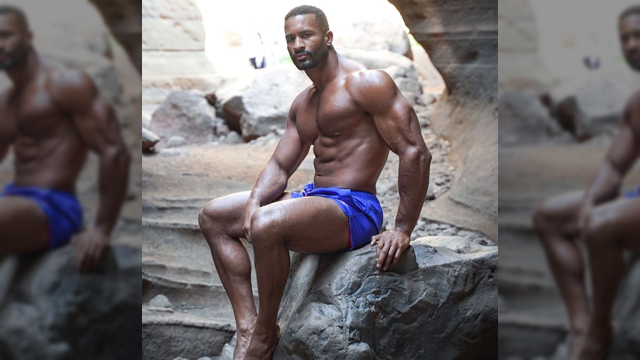 • InstaHunks: Fitness motivator Joel Green (above) encourages his crew to take a few moments every day to sit in silence and turn your full awareness inward to connect with your spirit. As we enter the second year of the pandemic, I find that really lands for me as my brain fog can get overwhelming at times. Anyone else?

• Washington Blade: Pennsylvania State Rep. Malcolm Kenyetta announced on Tuesday evening his candidacy to run for U.S. Senate, setting himself out on a path that, if elected, would make him the first openly gay Black senator.

• HBO Max: The acclaimed new UK drama It’s A Sin (from Queer As Folk creator Russell T. Davies) premieres today in the U.S. The series follows several young people throughout the 1980s and early ’90s as they experience the horrific toll of HIV and AIDS in the London gay community. All six episodes are available now on HBO Max, which requires a subscription, but the first episode is available for free on YouTube.

• The Advocate: The Equality Act, which would ban anti-LGBTQ+ discrimination throughout the nation, was formally reintroduced in the House of Representatives Thursday. The act would amend existing civil rights laws to ban discrimination based on sexual orientation and gender identity. The legislation passed in the House in 2019 with a bipartisan 236-173 vote but never got a vote in the Senate.

• Instinct Magazine: Nearly three years after a gay couple was bashed after a Pride parade in Miami, the case still hasn’t gone to trial. Plus – it turns out one of the four attackers is gay?

• The Gaily Grind: Chasten Buttigieg – husband to Transportation Secretary Pete Buttigieg – shared a picture of the couple kissing on Wednesday in what appeared to be subtle shade following the death of far-right, homophobic radio host Rush Limbaugh, who had mocked the couple throughout last year.

I think the kids call this subtweeting

• President Joe Biden goes to work on LGBTQ issues on Day One including reversing the transgender military ban, expanding workplace protections and more

As mentioned in the episode, you can email me your suggestions at randyslovacek (at) gmail.com

The new 5-part drama series ‘It’s A Sin’ debuted last night on Channel 4 in the UK and the reaction from the LGBTQ community is overwhelmingly positive.

The series – from Queer As Folk creator Russell T. Davies – chronicles the journey of four friends in London during a decade in which everything changed, including the rise of AIDS.

In episode one, Ritchie (Olly Alexander) moves to London to study law, during which time he embarks on sexual relationships with several individuals, including Ash (Nathaniel Curtis) and Roscoe (Omari Douglas).

But while there is plenty of fun, levity and hilarity in the story, this is juxtaposed with moments of tragedy, as Neil Patrick Harris’ character Henry, a mentor to Colin (Callum Scott Howells), is depicted dying of AIDs in hospital.

Russell, who also created Queer of Folk and was responsible for the 2005 revival of Doctor Who, has been lauded for his ‘astonishing writing’, with one person saying that in their opinion, he is ‘one of our finest TV writers.’

Check out the first look clip below.

The reaction on the Twitterverse was off the charts

If you haven’t watched #ItsASin yet, please do! Knowing about LGBTQ+ history is so important and this show taught me a lot of things I didnt realise about how hard it was in the 80s. We’re so lucky, but there is still work to be done. The older generation seriously paved the way.

#ItsASin is so FULL of heart, I can’t help but smile. @russelldavies63 you really are a wonderful human being. The script is beautiful, the performances are sublime and its so close to home I can’t stop thinking about it. ❤️

Not yet ‘out’ to my family, in the ’80s, I left homophobic suburbia to do a drama degree. Within weeks, I was visiting men dying of AIDS, alone in hospital. #ItsASin wasn’t just an emotional watch, it’s like viewing my life on TV. I know what happens next. Coz I lived that too. pic.twitter.com/GaAecFn3LD

TV should educate, empower, shock and open our eyes to the world around us and that’s what It’s a Sin has just beautifully and effortlessly done. It wasn’t sugarcoated or romanticised, it was raw, pure and truthful.

To any young people who may have watched #ItsASin last night. It’s going to be ok. In fact, it’s going to be hard, but you will come to terms with who you are. You’re amazing and special. And some AMAZING people laid the groundwork, angels lost their lives. Always remember them.

I have no ability to delay gratification so watched all five episodes of #ItsASin last night and it has completely wrecked me. Maybe I won’t be able to articulate exactly why, either. I just know that my heart is a lot sadder than it was yesterday pic.twitter.com/2huHKrUD7k

No spoilers, but what you’ll witness with Ep 5 is one of the most amazing pieces of TV drama ever.@russelldavies63 is a genius. The voice of people who the world hates for being born different, and who reveals the true price we pay for that toxicity pic.twitter.com/rR2ISRtF84

• What can queer people expect from Joe Biden’s first 100 days in office? 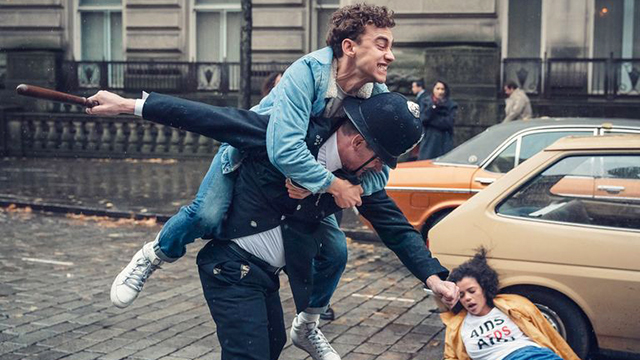 The UK’s Channel 4 released the trailer for the upcoming new drama series It’s A Sin set in the 80s, from Queer as Folk writer Russell T Davies.

It’s A Sin explores the AIDS crisis in the 1980s by following the story of three friends who move to London as the HIV/AIDS epidemic unfolds.

Ritchie, Roscoe and Colin are young lads, strangers at first, leaving home at 18 and heading off to London in 1981 with hope and ambition and joy… and walking straight into a plague that most of the world ignores.

Year by year, episode by episode, their lives change, as the mystery of a new virus starts as a rumor, then a threat, then a terror, and then something that binds them together in the fight.

It’s the story of their friends, lovers and families too, especially Jill, the girl who loves them and helps them, and galvanizes them in the battles to come. Together they will endure the horror of the epidemic, the pain of rejection and the prejudices that gay men faced throughout the decade.