Former President George W. Bush gave an interview to ABC News and ducked the subject of same-sex marriage when asked if he’d “evolved” on the issue.

There did seem to be some softening in his position though, if you read between the lines. The former President did say, “It’s very important for people not to be overly critical of someone else until you examine your own heart.”

JONATHAN KARL: I saw a journalist in Zambia asked you about gay marriage, and whether it is compatible with Christian values. And you had an interesting response. You said, “I shouldn’t be taking a speck out of someone else’s eye when I have a log in my own.”

GEORGE W. BUSH: I meant that I wasn’t going to answer the question then, and I’m not going to answer it now in terms of the political question. I just don’t want to wade back in the debate. I’m out of politics. But I meant it’s very important for people not to be overly critical of someone else until you’ve examined your own heart.

JONATHAN KARL: Have your views on this evolved at all?

GEORGE W. BUSH: Jonathan, you didn’t hear my answer. (LAUGH) I’m not gonna wade back into those kinds of issues. I’m out of politics. The only way I can really make news is either criticize the President, which I don’t want to do, criticize my own party, or wade in on a controversial issue.

You’ll recall Bush won his second term by taking advantage of excitement about 2004 ballot measures to ban same sex marriage in Ohio recently hinted that his views may now be softening. Plus, during his presidency, Bush supported a constitutional amendment banning gay marriage.

In her 2010 memoir Spoken From The Heart, Laura Bush described how she urged her husband not to make gay marriage a significant issue in 2004. 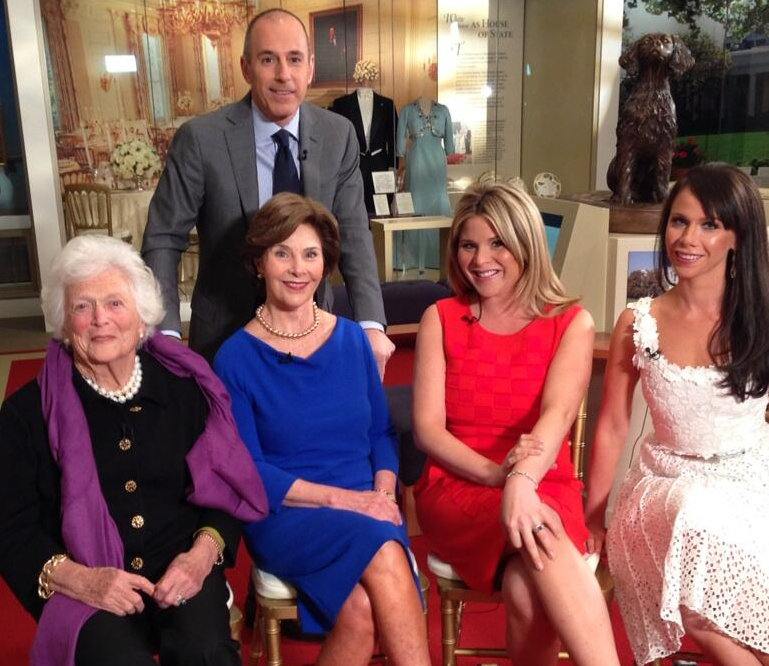 Former First Lady Barbara Bush took the other ladies of the Bush clan by surprise it seems when she stated on The Today Show today that “We’ve had enough Bushes” as President.

Check out the tweets that followed.

With the opening of his presidential library, former President George W. Bush has been on a media blitz. This morning he appeared on CBS This Morning and spoke to Charlie Rose, who asked him about his previous support for a constitutional amendment banning same-sex marriage.

Said Bush: “Well I’m not weighing in on these issues, as you know, because I’ve made the decision to get off the stage. And so I’m off the stage.”

His decision to be “off the stage” does not apply to immigration or terror attacks, both of which he weighs in on in the same segment.