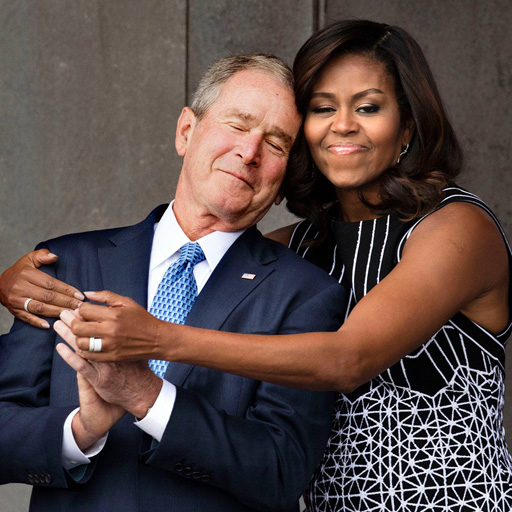 My favorite photo that I took today at a terrific event.

President Bush signed the bill authorizing the NMAAHC in 2003. 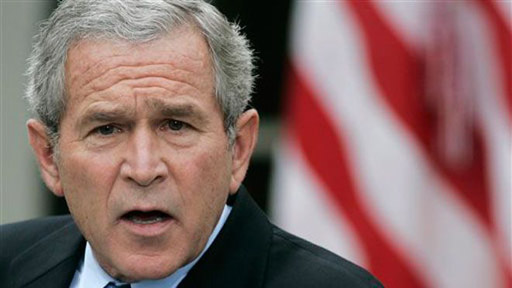 Eyebrows were raised last night when former President George W. Bush unexpectedly ripped into several of his brother’s opponents in the GOP primary season at a Denver fundraising event, with Sen. Ted Cruz particularly in his crosshairs.

Bush’s dismissive tone toward the Tea Party lawmaker — who worked on his campaign as a domestic policy advisor in 1999 — came as a surprise for many of the 100 donors at the event. At one point, Bush reportedly said of Cruz, “I just don’t like the guy.”

While the former Texas governor expressed confidence in his brother’s ability to win the party’s nomination, attendees said, he was generally pleasant during his 35-minute speech, with the exception of his remarks on Cruz, who he reportedly accused of “hijacking” the GOP in both Texas and Washington.

“He said he found it ‘opportunistic’ that Cruz was sucking up to [Donald] Trump and just expecting all of his support to come to him in the end,” one attendee said, an allusion to Cruz’s somewhat warmer relationship with the current Republican front-runner.

“He’s a young, first-term senator; I’m not sure if that qualifies you to be president,” Bush said of Rubio, according to two attendees, before quipping that should Cruz win the Republican presidential nomination, “I’ll be back here next year telling you that doesn’t matter.” 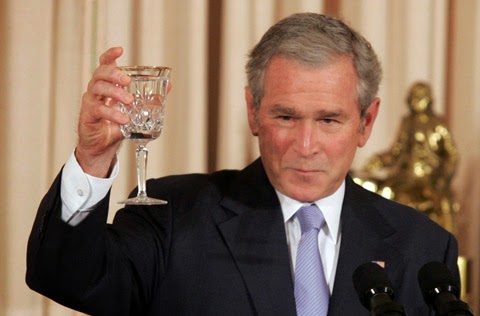 According to the Washington Blade, former President George W. Bush offered to officiate a 2013 same-sex wedding in Kennebunkport, Maine, for lesbian couple Bonnie Clement and Helen Thorgalsen, according to a new article published in the Boston Globe.

As was widely reported before, the Boston Globe notes that former President George H.W. Bush made headlines when he attended their wedding in 2013.

According to reports at the time, George H.W. Bush served as a witness at the wedding.

But the article also reports something that has previously been undisclosed in the media: former President George W. Bush “offered to perform the ceremony but had a scheduling conflict.”

Some mornings, Bush drops into H.B. Provisions, a cozy general store owned by Bonnie Clement and her wife, Helen Thorgalsen (George H.W. Bush made international headlines when he attended their wedding in 2013; George W. Bush offered to perform the ceremony but had a scheduling conflict).

This would certainly be a big pivot for George W. considering during his presidency he supported a Federal Marriage Amendment to the US Constitution that would have outlawed same-sex marriage.

The Washington Blade reports reaching out to H.B. Provisions in Kennebunkport regarding the Boston Globe’s assertion. Apparently, the person who answered the phone said, “There’s no story there. There’s nothing to tell. Please just leave me alone.”

I’ll be curious to see if more confirmation comes along in the next few days. 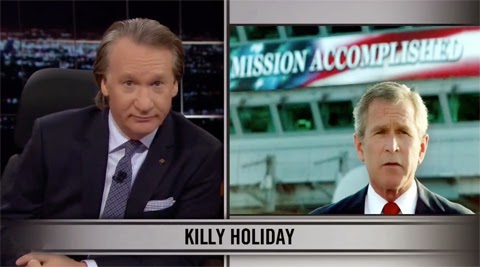 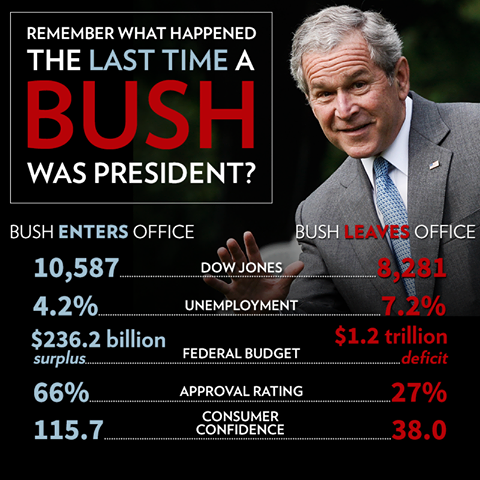 Do you think we were better off under President George W. Bush? 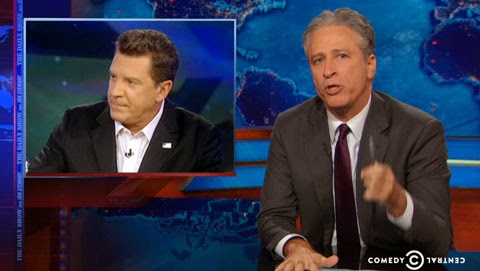 Among other things, Stewart points out that President Obama is not the first prez to have a sloppy salute moment. We’ve all seen the now-famous photo of President Bush saluting with his dog in his hands.  Nuff said…

And, Stewart contrasts Fox News pundit Eric Bollings’ statements “These people put their lives on the line for us. Show the respect” with his later quip in the very show when he dissed a female pilot performing air strikes in the Middle East saying “Would that be considered “boobs on the ground” or no?” 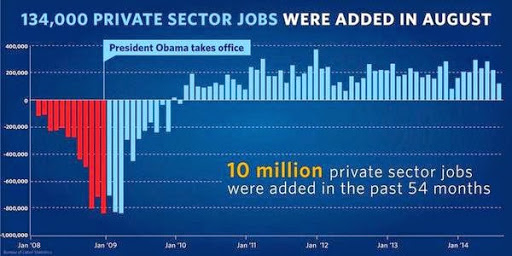 See all those blue lines above the zero mark?  All 54 of them?  54 consecutive months of positive private sector job growth. Those are after President Obama’s policies took effect. 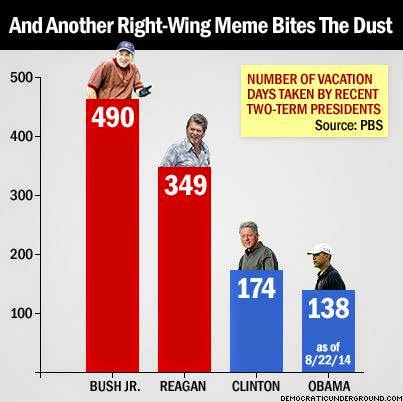 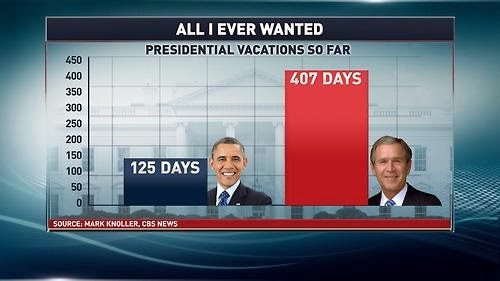 If you watch Fox News, you could be under the impression that President Obama vacations all the time.

And then there’s the facts…

Folks, if you watch Fox News you have to know the edict from the top is “smear President Obama as much as possible.”

It makes for good GOP politics, I guess… 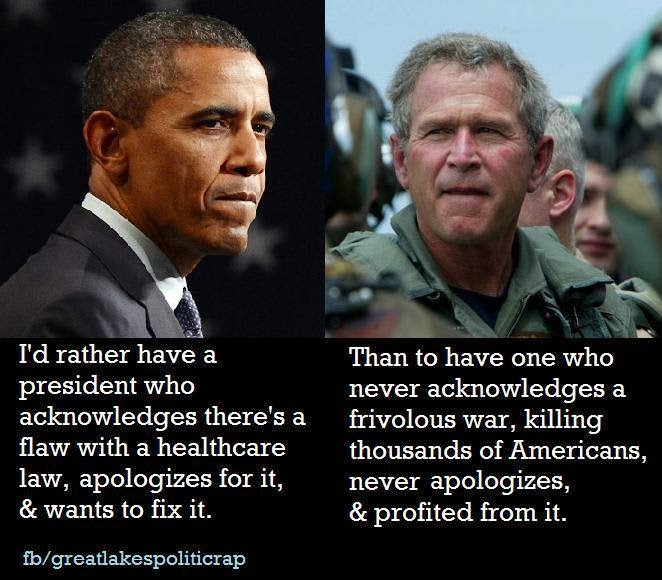 Which do you prefer?  A President who takes responsibility or one who ducks it?