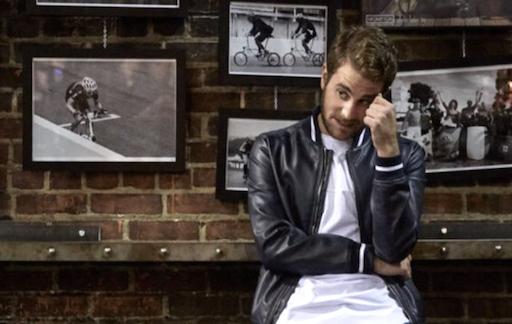 Bit by bit, piece by piece, we put together this game-changer of an ad to let the world know that Ethan Allen’s designers – and the free design service they provide – are the best in the business.

LOL… I love that Ben is so attuned to Sondheim’s presence in a commercial.

Check the classy ad spot below. 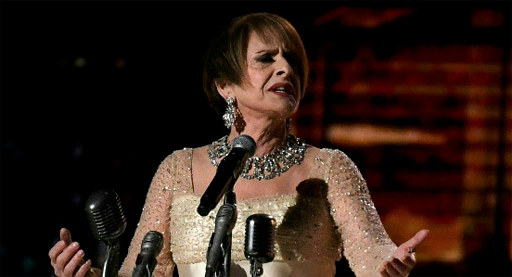 Platt delivered a stirring “Somewhere” from Bernstein’s West Side Story, but it was LuPone’s electrifying “Don’t Cry For Me Argentina” from the original Broadway production of Evita in 1979 (a true diva who can still deliver like a boss 39 years later) that stunned the Grammy audience.

It was also a big night for Platt as the Dear Evan Hansen cast recording took home the 2018 Grammy for Best Musical Theater Album, moving Platt to the halfway mark to EGOT status ― that is, winning Emmy, Grammy, Oscar and Tony awards.

Watch both performances below.

For those who missed it or want to relive her beautiful rendition…pic.twitter.com/aJAQovJr83

#PattiLuPone killed it. She just gets stronger and stronger. Brava! #GRAMMYs #Evita

The #Grammys audience doesn’t know WTF to do with themselves… They FINALLY got to hear someone who can ACTUALLY SING !!! HAHAHA #BRAVA, #PattiLuPone !!! 🎭#BroadwayRoyalty #EVITA @OfficialALW pic.twitter.com/IZSPWYIeRE

🎼🎙“Listen up, fives! A ten is singing” 👏👏👏#PattiLupone #Grammys pic.twitter.com/ZU5AQC9hhf 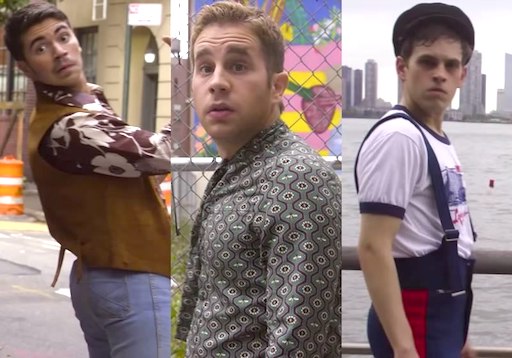 He’ll be replaced for six weeks by Noah Galvin (The Real O’Neals) followed by the current “Barnaby” in Hello Dolly!, Taylor Trensch, in January 2018.

The three actors appear in this short, light-hearted video where the trio meet up in the streets of New York City to kick-ball-change to Earth, Wind & Fire’s “Getaway.”

There’s a bit of a “passing of the torch” as clip ends with Galvin and Trensch heading towards their future Broadway theater with Platt watches them walk away. 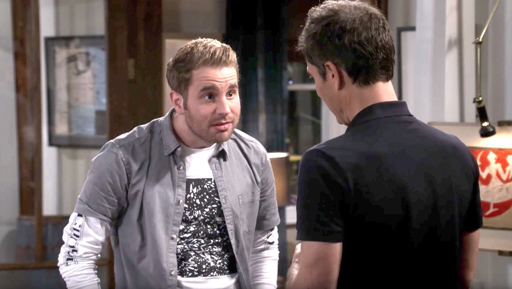 Last night’s Will & Grace episode found Eric McCormack’s “Will” just about to get jiggy with younger gay “Blake” played by Ben Platt.

But the getting down got laid low when “Will” realizes “Blake” is woefully undereducated about the history of the gays.

“I’m not a history puff,” declares Platt after mixing up Stonehenge with the Stonewall riots.

Watch the cute scene below. 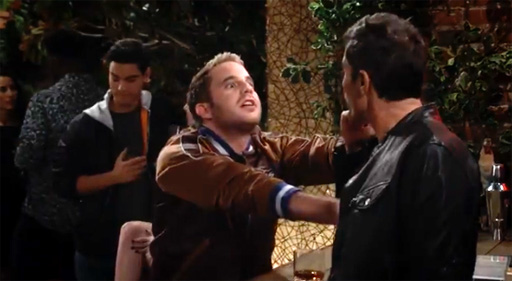 Ben Platt, this year’s Tony Award winner for “Best Actor in a Musical” for his star turn in Dear Evan Hansen, makes for a perfectly adorable 23-year-old ADHD twink who finds himself attracted to Eric McCormack’s “Will” this week on Will & Grace.

Check out the hyper-flirt from Platt below.

Will & Grace airs Thursdays on NBC at 9PM ET. 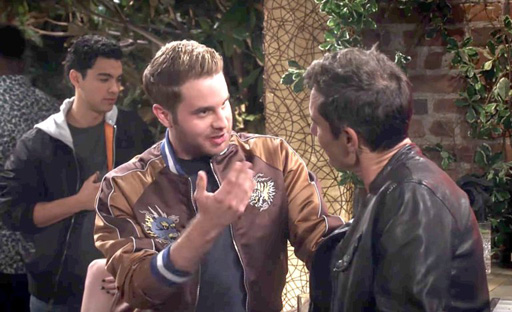 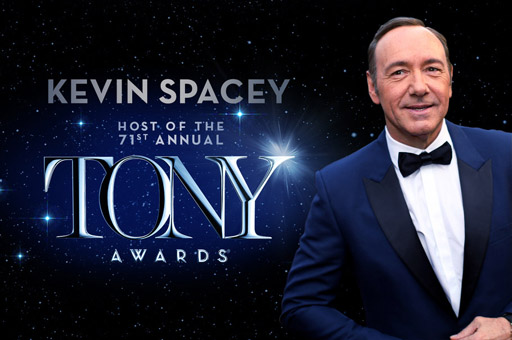 For one thing, rather than one of those year’s where one show dominates heavily (Hamilton, Chicago, The Producers), for the most part the Tony voters seemed happy to share the wealth among several productions. And I like that. The Tonys are, in great part, a marketing tool to help shows run, and when everyone is acknowledged for excellent work, the entire theater community wins.

All in all, I agreed with just about every winner (I hate using that word) in each category.

• It’s ridiculous that the Choreographer category isn’t presented during the telecast. I won’t qualify artistic contributions among team mates, but the choreographer (the most physically demanding position on a creative team) creates highly complex storytelling without the use of spoken language. The number from Andy Blankenbuehler’s Bandstand was easily a standout among all the numbers featured last night. Also, look at the popularity of dance today across the country (So You Think You Can Dance, Dancing With The Stars). There’s intense interest in the art form.

For those who didn’t see Andy’s acceptance speech:

Check out Dr. Jill Biden (huge standing ovation) introducing “Nobody” from Bandstand. This is excellent choreography 🙂

• Whether it was Bette Midler demurring or producer Scott Rudin not wanting to “give away the goods,” it was a shame there was no production number from this year’s biggest hit,  Hello, Dolly!

• While I miss seeing excerpts from the nominated plays, I did enjoy seeing the playwrights introduced and being allowed to speak about their shows.

• The In Memoriam was handled with taste and grace. Thank you.

• The two most memorable speeches (vastly different in tone) were:

And Bette Midler’s four minute filibuster (“Shut that crap off!”) for “Best Actress in a Musical” for Hello, Dolly!:

• Kevin Spacey did a good job as host. Brilliant? Maybe not, but he was solid and brings aesthetic weight to the stage. I wasn’t a huge fan of the impersonation schtick, but I know there were producers and writers making a lot of those decisions, so… Much is being made about his “in the closet” jokes. On one hand folks seem to be of the opinion he’s basically out to everyone but the masses, so he should be be out; on the other hand, he’s dealt with the rumors for years and if he wants to joke about them, whatever.

According to The Hollywood Reporter, ratings for this year’s telecast were down 31 percent from last year’s show. According to Nielsen overnight returns, the telecast averaged a 4.7 rating among metered market households, almost tying for the Tony broadcast from five years ago. The numbers appear to be strong enough to top NBC’s coverage of the Stanley Cup Finals, although they may fall short of winning in the Adult 18-49 demo.

In comparison, the 2016 TONY AWARDS reached a 15-year viewership high, averaging a 6.8 rating among households in overnight returns, ultimately delivering 8.7 million viewers and a 1.6 rating among adults 18-49.

Click here to see many of the performances and acceptance speeches.

Here’s the full list of the artists who took home awards last night:

Best performance by an actress in a leading role in a musical: Bette Midler, “Hello, Dolly!”

Best performance by an actor in a leading role in a play: Kevin Kline, “Present Laughter”

Best performance by an actress in a leading role in a play: Laurie Metcalf, “A Doll’s House, Part 2”

Best performance by an actor in a featured role in a play: Michael Aronov, “Oslo”

Best performance by an actress in a featured role in a play: Cynthia Nixon, “Lillian Hellman’s The Little Foxes”

Best performance by an actor in a featured role in a musical: Gavin Creel, “Hello, Dolly!”

Best performance by an actress in a featured role in a musical: Rachel Bay Jones, “Dear Evan Hansen”

Best scenic design of a play: Nigel Hook, “The Play That Goes Wrong”

Best direction of a musical: Christopher Ashley, “Come From Away” 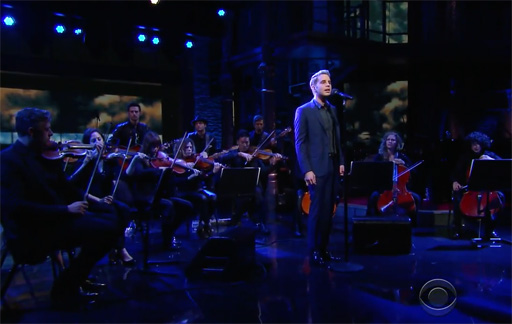 According to everyone I know, Ben Platt’s devastating performance as the title character in the hit Broadway musical, Dear Evan Hansen, is about to be honored with a Tony Award for “Best Performance by an Actor in a Musical.”

The musical is about an awkward teen who feels isolated in life. His therapist advises him to write himself a hopeful letter each day, which he does.

But one of those daily letters, wherein Evan appears to have given up on his senior year and wonders if anyone would notice if he were gone, accidentally falls into the hands of another student shortly before that student commits suicide.

The boy’s family, and eventually everyone, assume the letter to have been addressed to Evan, now perceived as the boy’s best friend. This event cracks open Evan’s lonely life.

This week Platt performed the song “For Forever” on The Late Show with Stephen Colbert for the first time outside the context of the show, to devastating effect.

Here’s how Platt introduced the performance.

“The song is called “For Forever. This is the first time I’ve ever sung the song outside the context of the show.

“Essentially, this lie that we talked about earlier that he fabricated is that he was friends with this kid in his class that committed suicide. And so Evan has been invited over to dinner by this kids grieving family. They’ve been led to believe that he was a friend of their son.

“Evan’s plan when he goes into dinner he tried to either diffuse that or make sure the situation ends right there.

“However, the mother of this kid is so in desperate need of something good to hang on to, some sort of memory, that Evan starts to fabricate this story about a day that they had, a friendship that never existed.

“And in doing so, visibly helps this mother to heal. And also sort of finds he gets to heal a bit himself. A sort of answer to his loneliness he didn’t expect to find.” 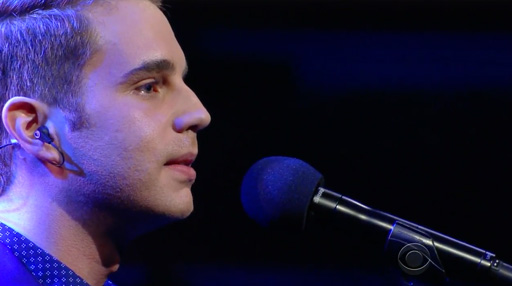 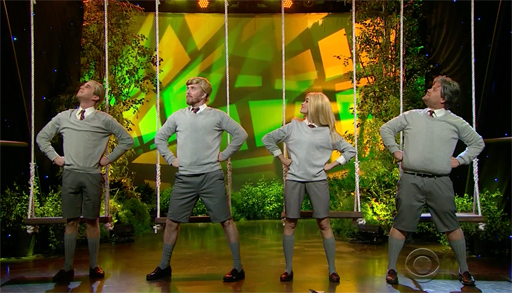