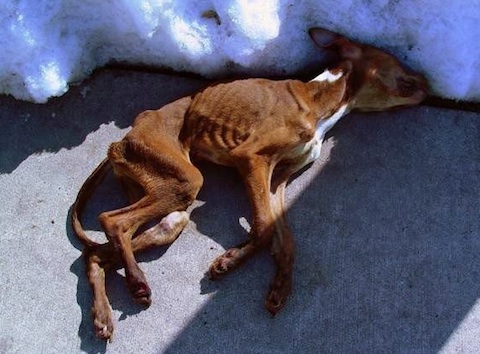 It’s not often I ask people who read my blog to actually “do” anything.

But after reading this news I am asking you to please click on the link below and sign a petition urging the maximum penalty be given to the two owners of this puppy.

According to change.org: Snoop was like any other puppy; he did nothing to deserve the neglect and abuse that ultimately led to his death.

His abusers — 19-year-old Bryan Hutcherson and his girlfriend — told police that they stopped feeding Snoop because his food was “too expensive.” Hutcherson also admitted to police that Snoop was simply too stressful to care for and they hadn’t fed him in over a month. Not one kibble, crumb or bite for a month.

Instead of doing the right thing and rehoming Snoop, returning him to the place of purchase or surrendering him to a rescue or shelter, Hutcherson and his girlfriend decided to take matters into their own hands. They chose to do absolutely nothing until their dog died.

The last sighting of Snoop before his body was discovered happened in late March by an anonymous person. Snoop was in an uncomfortably tiny cage measuring just two feet by three feet. Snoop was covered with his own feces and shaking uncontrollably.

A few days before Snoop’s death, Hutcherson removed the horribly skinny, sick dog from his living room prison, walked two blocks from his residence, placed Snoop on the cement, and walked away. The official cause of death was reported to be organ failure due to starvation and dehydration. On top of that, Snoop had complications from exposure to the elements.

A petition has been set up by Change.org member Natalie Puccio, who was so touched by Snoop’s story she had to do something. The petition is asking for the maximum penalty to be given to both Hutcherson and his girlfriend.

If given the maximum sentence, Hutcherson faces a $10,000 fine and 3 to 5 years of jail time. The preliminary hearing is set for April 14th. You can help little Snoop get justice.

I’ll end this post the way I started it – it’s not often I ask reader do “do” anything.  But was I write this with one of my dogs in my lap, I will ask you to please click on the link below and sign the petition.  Our dogs, our cats, our pets come into our lives depending on us.  Hutcherson and his girl friend could have taken Snoop to a shelter where he could have found a loving home.  At the very least, he could have been euthanized in a humane manner.  I’m horrified by these events.

Please sign the petition today in support of maximum penalties for Snoop’s abusers. 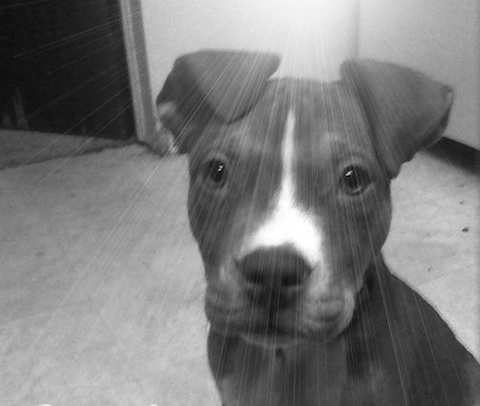