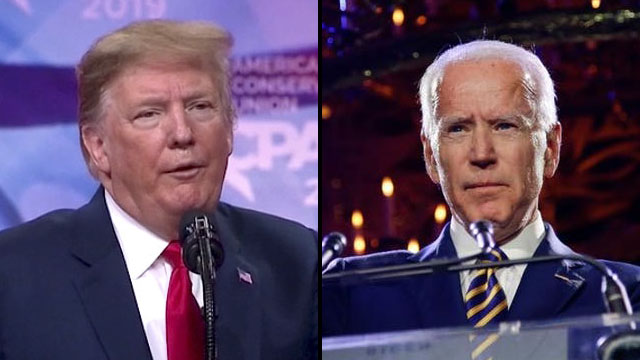 This Sunday only on “This Week,”

• WikiLeaks founder and international man of mystery Julian Assange speaks out on the latest on Edward Snowden’s run from the law after his blockbuster leaks on the NSA’s secret surveillance programs. How has Assange and WikiLeaks aided Snowden as he seeks safe passage from Russia? Should Snowden and WikiLeaks’ partners be considered whistle-blowers or law-breakers? And what is the future of WikiLeaks as its controversial efforts remain under scrutiny around the world?

• Following this week’s historic Supreme Court decisions on the Defense of Marriage Act and California’s Proposition 8, Human Rights Campaign President Chad Griffin and National Organization for Marriage President Brian Brown come to “This Week” to debate the future of same-sex marriage in the U.S.

• Texas State Sen. Wendy Davis reflects on her epic filibuster that drew national headlines and her fifteen minutes of fame. 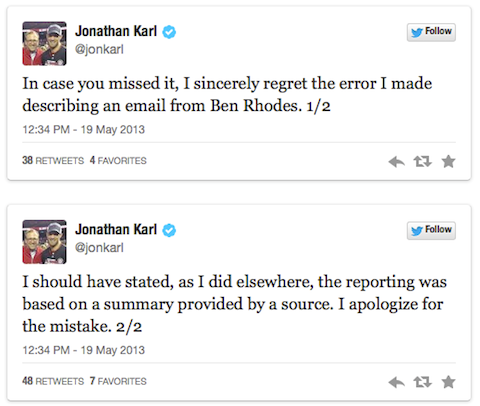 ABC News’ Jonathan Karl, whose “exclusive” story on emails regarding talking points for the Benghazi tragedy, expressed “regret” over admitted inaccuracies in his reporting via a statement on Sunday:

Karl, the network’s White House correspondent, recently provoked controversy after his exclusive report that quoted emails which allegedly showed the Obama administration made numerous edits to, and scrubbed information from the talking points on Benghazi.

He said that ABC News had reviewed emails in question, but it was later revealed that the quotes were actually from a source claiming to have summarized the emails, and were misleading.

On Sunday’s “Reliable Sources,” Howard Kurtz relayed a statement from the ABC News correspondent: “Clearly, I regret the email was quoted incorrectly and I regret that it’s become a distraction from the story, which still entirely stands. I should have been clearer about the attribution. We updated our story immediately.”

Guest David Shuster came down hard on Karl on Sunday, telling Kurtz, “The story was wrong. The attribution was wrong. And he’s still not characterizing the source as a Republican source, even though other news organizations are already doing that. So I just think the problems continue for ABC News in all of this.”

A former member of the U.S. National team and professional player in England, Rogers allowed “Nightline” to travel with him as he saw his family for the first time since coming out earlier this year. Although Rogers has retired, a return to the field in the U.S. would make him the only openly gay player in any major league sport.