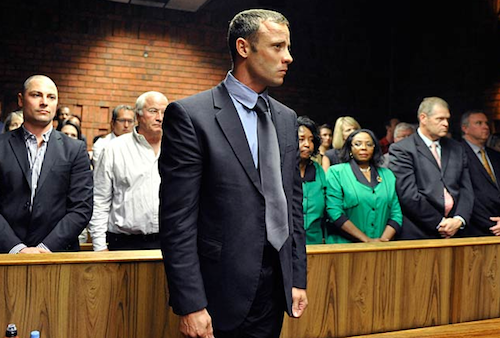 Olympic runner Oscar
Pistorius recorded a video message for South Africa’s “It Gets Better” website launching this week, but it will not be included due to his current legal troubles.

Organisers of the “It Gets Better, South
Africa” campaign against homophobic bullying, due to be launched
tomorrow, severed Oscar Pistorius’s connection with it yesterday.
In his video, which will no longer be
included in the campaign, Pistorius said: “Just remember that you’re
special. You don’t have to worry. You don’t have to change. Take a deep
breath and remember ‘It will get better’.”

At a preliminary hearing today for the alleged murder of his
girlfriend, Pistorius pleaded “not guilty,” and insisted it was an accident
based on his mistaking her for an intruder. 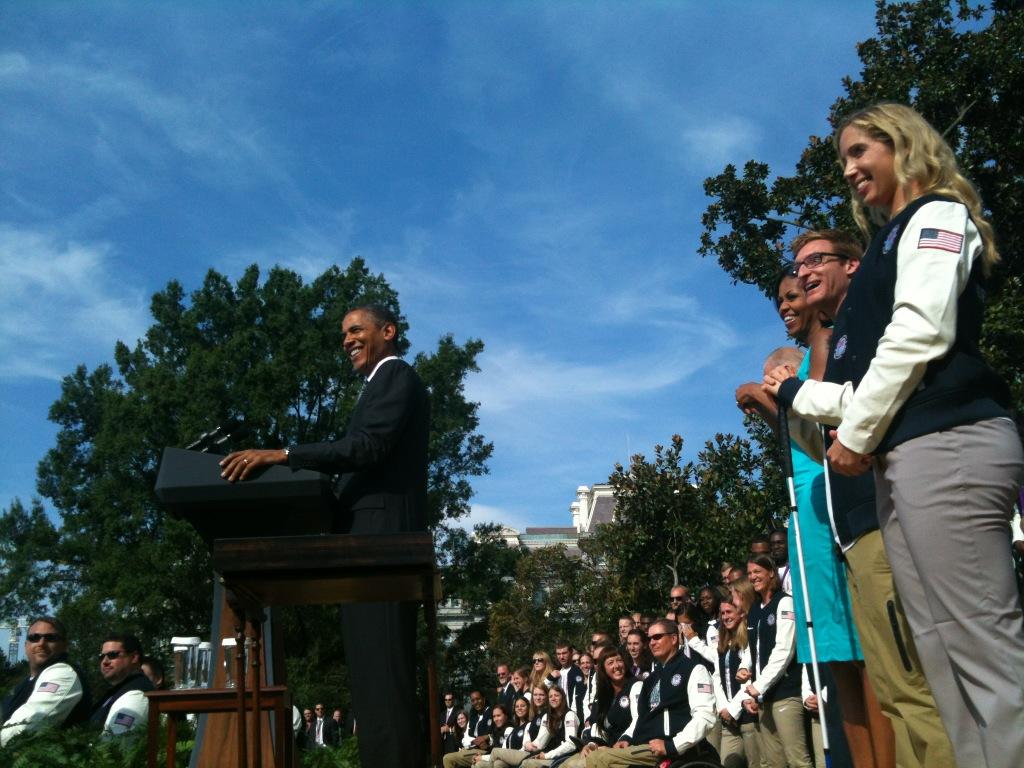 Honoring our U.S. Olympians and Paralympians at a ceremony on the South Lawn of the White House, President Obama rightfully pointed out that they are the “portrait of what this country is all about” as he, Vice President Joe Biden and first lady Michelle Obama salute their achievements at the 2012 Olympic and Paralympic Games in London.

Obama says: “You could not have been better ambassadors for the United States.”

The athletes presented the Obamas with the U.S. flag carried during the events’ opening ceremonies.

At the Olympics, the U.S. won 104 medals, 46 of them gold, their highest total at an Olympics not held in the United States.

Immediately following the Olympic Games were the Paralympics, which attracted a record 2.7 million spectators, and our US athletes won 98 medals, 31 of them gold.

Go behind the scenes with Tom Daley for his shirtless photo shoot with Heat Magazine.

I think he’s cute and a good sport.

The end bit with Joan doesn’t really pay off all that well, but who cares? 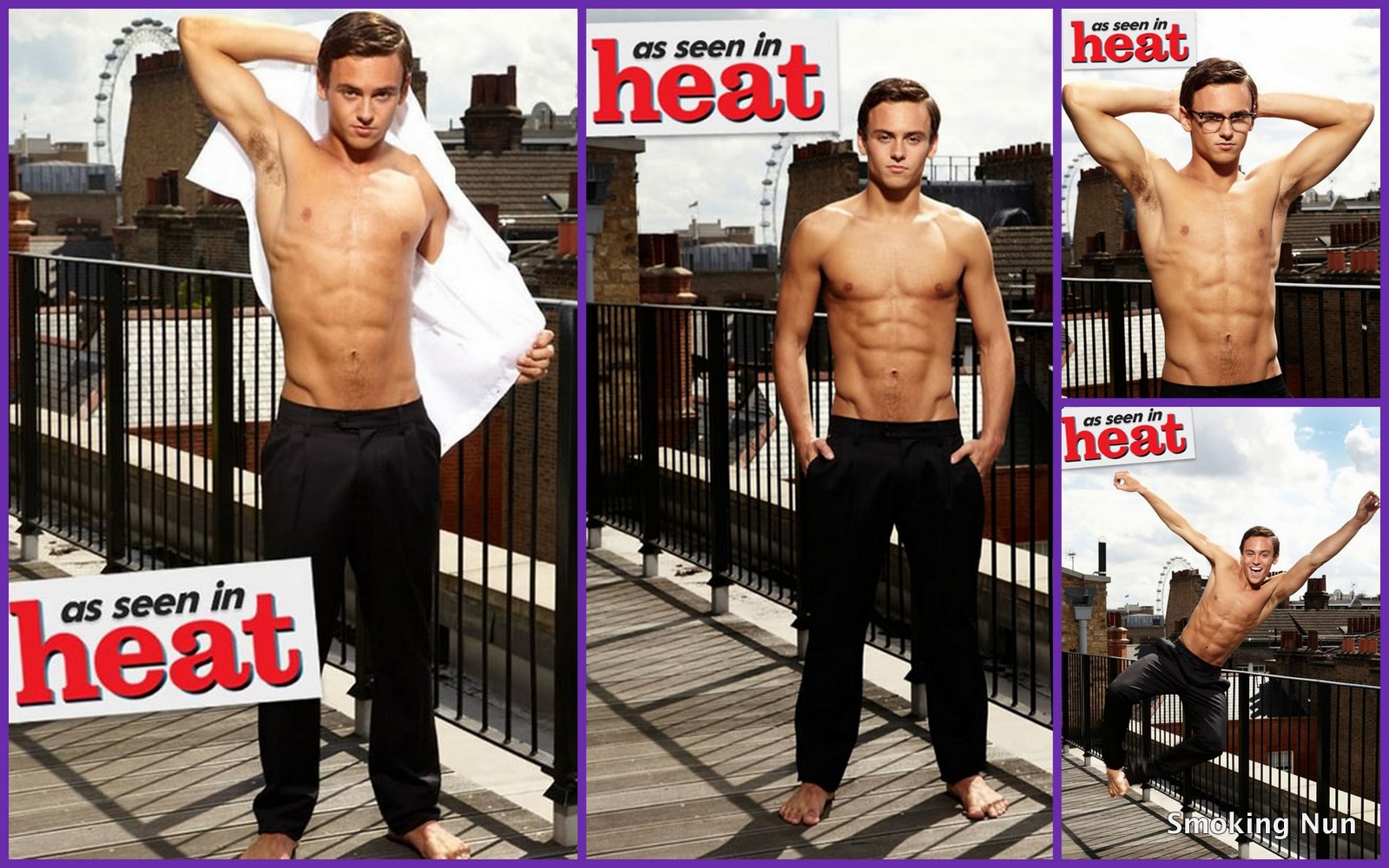 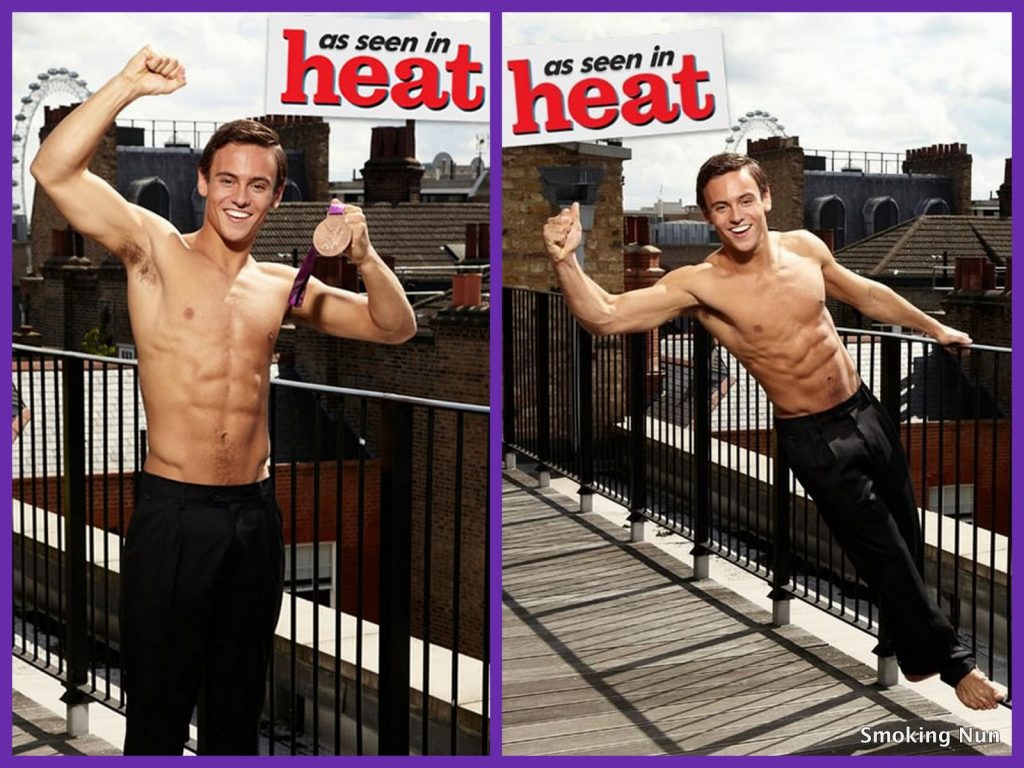 Tom Daley continues to dominate the media world after his impressive showing at the 2012 Olympics.

The Smoking Nun blog features several pics from Tom’s recent photo shoot for Heat Magazine in the UK, which is apparently similar to the US’s People Magazine.

No denying this guy has some star power.  I’m curious to see where he goes next with his fame.

Click on either pic to enlarge.  More pics at The Smoking Nun. 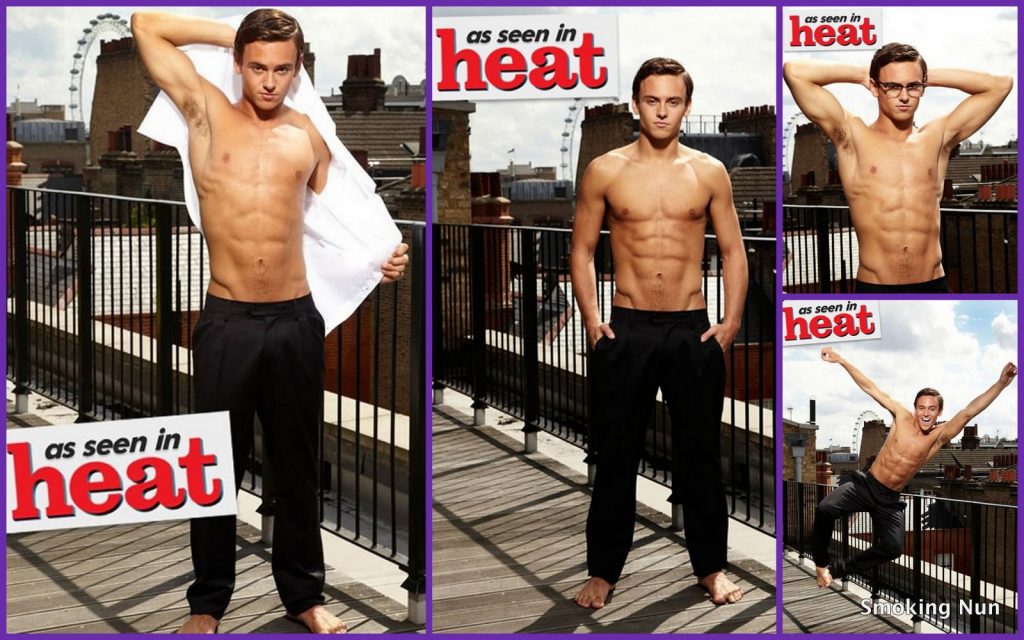 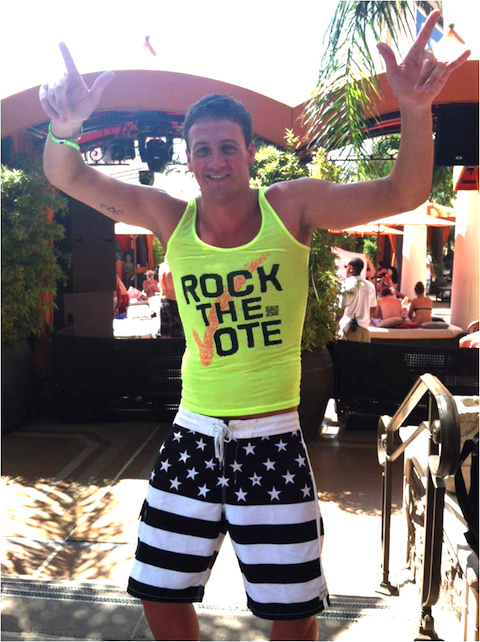 PromoJam has teamed up with Junk Food to launch the first-ever “Scan to Vote” social media powered QR Code t-shirts for the 2012 election year.

Made from 100% organic cotton, the tech-savvy eco-shirts were specifically created to engage, educate and inspire youth in America to register to vote directly from the piece of technology that they use most – their smart phone. 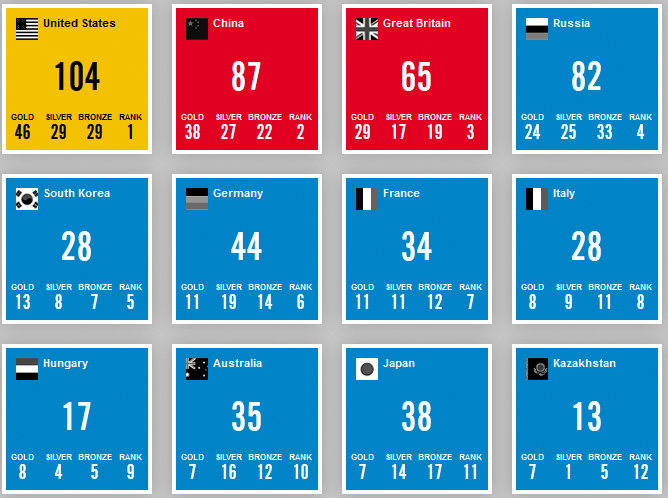 The LGBT community can be proud of the showing gay and lesbian athletes made at the 2012 Olympic Games in London.

From SBNation: Ten publicly out gay and lesbian Olympians are taking home medals from these Olympic Games in London, most of them gold.

If Team Gay was a country, it would have finished 31st overall with
seven medals, tied with Mexico, Ethiopia and Georgia.

They would have
beaten the medal count of such countries as Jamaica, Ireland, Argentina
and India.

They would have finished 21st overall for most golds (four),
tied with Iran, Jamaica, Czech Republic and Korea.

Let’s hear it for Team Gay!

Just to clear before all the comments start – he’s joking, folks…

Pretty good with the deadpan humor, I think.

This seriously puts a smile on my face. This is what the Olympics mean to so many people around the world. Local pride. Just look at that amazing positive energy.