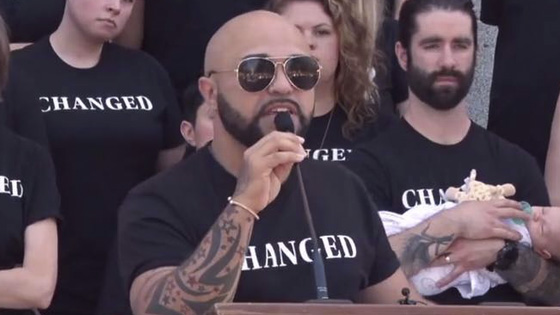 Two survivors of the Pulse Nightclub mass shooting who say they are no longer gay have been announced to headline an “ex-gay” rally in Orlando, Florida.

As Newsweek reports, organizers of the event say the point of the rally is to celebrate “freedom from homosexual/transgender lifestyles by the grace and power of Jesus Christ.”

The Freedom March organization has held similar events across the U.S. The most recent rally was held in St. Paul, Minnesota, in June 2019.

Both Ruiz and Colon say they no longer identify as gay.

At the Freedom March in Washington, D.C. in May, Ruiz told NBC News, “I don’t want to tell everyone it’s a ‘gay-to-straight’ thing because God is not calling me to that.”

“I feel that I want to live in a life of purity,” he added. “I feel that through loving Christ, he will walk me out of any situation. I love the LGBTQ community, I love my family. There’s no hate here—there’s love.”

During the Pulse massacre, Colon was reportedly shot six times and was trampled by club-goers trying to escape the shooter. It would be two months before he would be able to walk again.

Colon recently appeared on a Christian podcast, The Roys Report, where he told the host the shooting was the impetus for him to renounce homosexuality.

“A couple months before June, I started praying to God and I told him, ‘Lord, You know my situation, You know my heart, You know I want to worship you. But I cannot do it on my own will,” he told host Julie Roys. “Please help me come back to you.”

The two men have also founded an organization called ‘Fearless Identity,’ which encourages people to “reject their LGBT identities.” According to Newsweek, forming the group was the mens’ response to backlash for identifying as ex-gay.

Ruiz posted this video to YouTube where he explains being diagnosed as HIV-positive was what pushed him to ‘reject’ being gay.