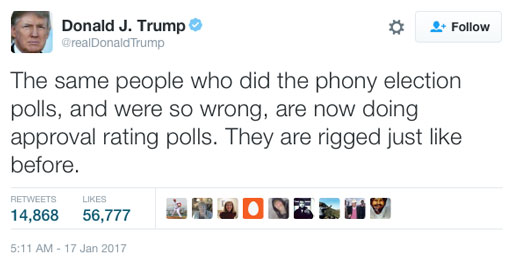 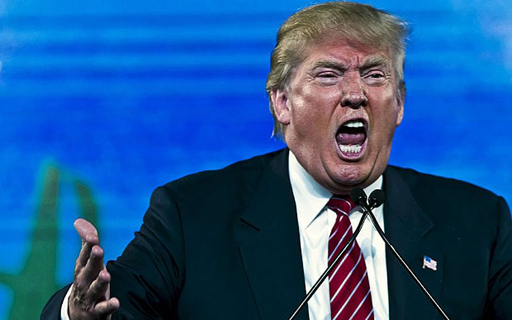 President-elect did not like what he saw in the latest CNN/ORC poll which showed the Trumpster will be taking office as president with by far the lowest approval ratings of a newly-elected president in decades.

According to the survey’s results, Trump’s approval numbers stand at 40%, with 52% disapproving.

That’s a long ways behind that of President Barack Obama (84% approval) as he took office 8 years ago. President George W. Bush had 61% approval, and Bill Clinton took the oath of office with 67% approval.

Additionally, 53% of those surveyed say they have less confidence in Trump’s ability to serve as president since election day.

Of course, he couldn’t let that go untweeted:

You’ll note that Mr. Trump loves citing any poll that shows him in a positive light.

His tweet must be referencing the pre-election polls that correctly predicted that Hillary Clinton would get more votes than he did.

More than 2.8 million more votes, to be precise. 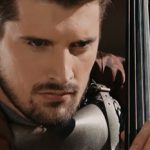 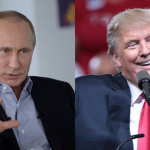 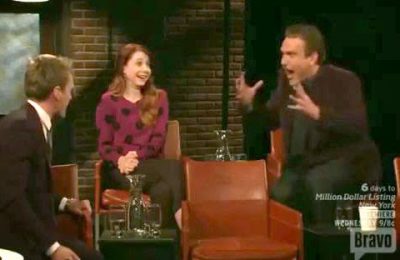 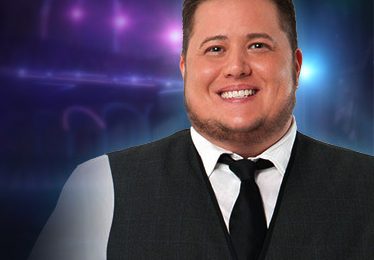 Vote for Chaz Bono and Lacey – “Dancing With The Stars” 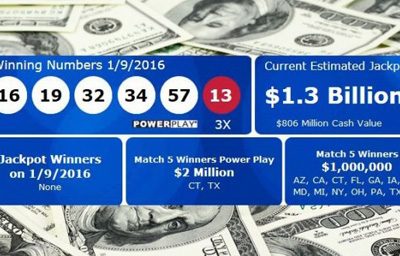 Powerball Jackpot Grows To Over $1 Billion