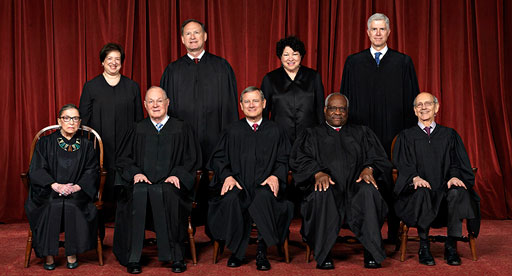 Just a week after he took office, Mr. Trump issued his first travel ban, causing chaos at the nation’s airports and starting a cascade of lawsuits and appeals. The first ban, drafted in haste, was promptly blocked by courts around the nation.

A second version, issued two months later, fared little better, although the Supreme Court allowed part of it go into effect last June when it agreed to hear the Trump administration’s appeals from court decisions blocking it. But the Supreme Court dismissed those appeals in October after the second ban expired.

In January, the Supreme Court agreed to hear a challenge to Mr. Trump’s third and most considered entry ban, issued as a presidential proclamation in September. It initially restricted travel from eight nations, six of them predominantly Muslim — Iran, Libya, Syria, Yemen, Somalia, Chad, Venezuela and North Korea. Chad was later removed from the list.

The restrictions varied in their details, but, for the most part, citizens of the countries were forbidden from emigrating to the United States and many of them are barred from working, studying or vacationing here.

BREAKING: SCOTUS has upheld Trump’s Muslim ban. This is not the first time the Court has been wrong, or has allowed official racism and xenophobia to continue rather than standing up to it.

History has its eyes on us — and will judge today’s decision harshly. #NoMuslimBanEver

As you read of the Supreme Court upholding Trump’s racist travel ban, please remember the Republicans STOLE a Supreme Court seat in 2016 and in fact—but for that POLITICAL CRIME—this would’ve been a 5-4 vote going the other way and upholding rather than abridging American values. pic.twitter.com/DYetlu7JhE

The reason this happened was that Republicans in the Senate stole a Supreme Court seat from Barack Obama, refusing to even consider his nominees

Anyone who pretends that party control of the Senate doesn’t matter or that the blockade against #MerrickGarland was just business as usual should be required to read the Supreme Court’s 5-4 decisions on the #travelban, #votingrights and Texas’ #gerrymandering — over and over.