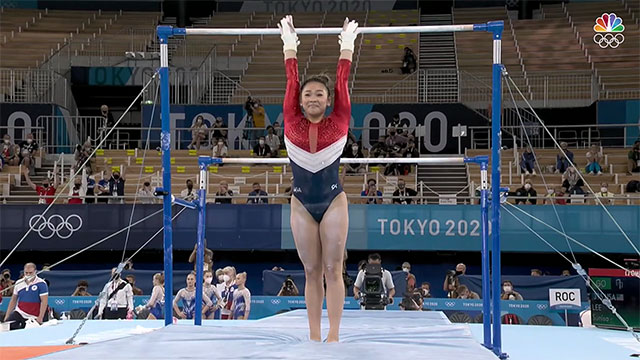 I know some criticized Simone Biles (the 2016 Olympic all-around champion) for stepping out of the event for mental health reasons, but this is where Biles showed her greatness. She trusted her teammate, Suni Lee. She knew the talent and grit that Lee possessed.

As a true champion, Biles recognized the champion in Lee. #Greatness

It’s worth noting that on Tuesday, at the team finals, Lee chose to perform her hardest uneven bars routine — the most difficult in the world — instead of the easier one she had planned. After Biles pulled out, Lee knew the team needed every tenth of a point to win a medal. Result? Her 15.4 points on bars was the highest score of the night.

Since then, Nastia Liukin, Gabby Douglas and Biles have all followed suit.

SUNI LEE!! The moment where it hits that you’ve won Olympic gold in the all-around. pic.twitter.com/Zf17lA44Yj

Congratulations on your performance today, joining the historic list of American champions!

Correct me if I'm wrong, but Suni Lee is not only the 1st Hmong American Olympic gold medalist(!) but also the 1st Asian American to ever win gold in the all-around.

She did it. @sunisalee_ is the queen of the women’s gymnastics all-around finals and her parents. OMG. Tears every where. 🥺 #Gold #TokyoOlympics #hmong pic.twitter.com/n2xM7VJOPq