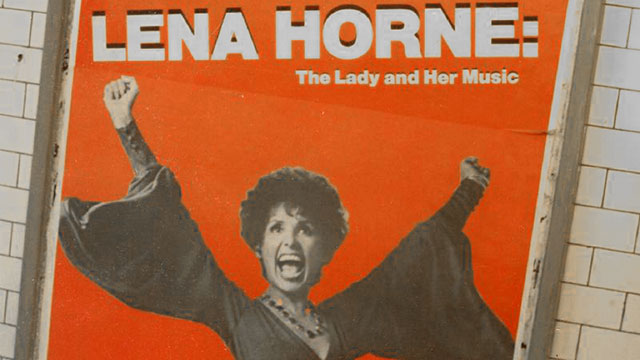 From my favorites list on YouTube, the legendary Lena Horne in her Tony Award-winning one-woman show, Lena Horne: The Lady and Her Music.

The autobiographical show opened on May 12, 1981, and after 333 performances, closed on June 30, 1982, Horne’s 65th birthday. Horne subsequently toured with the show in the U.S. and Canada, as well taking the show to London and Stockholm in 1984.

For her extraordinary performance, Horne won the 1981 Drama Desk Award for Outstanding Actress in a Musical. She was also honored with a special Tony Award at the 35th Tony Awards, a special award from the New York Drama Critics’ Circle, and the City of New York’s Handel Medallion.

Having touched on “Stormy Weather” earlier in the show, Horne circles back for this powerful, visceral take on the song which became synonomous with her career. It’s like she was telling us, “Yes, kids, there’s always another verse to the song.”

The video adds her encore: an earthy, richly-layered performance of her personal anthem “If You Believe” from the musical The Wiz.

Seeing the passion in her performance, it will come as no surprise that Horne also applied that heart and soul in her work as a civil rights activist in the 1960s and 1970s.

Folks, THIS is star quality. Seeing this as a young acting student taught me much and gave me permission to break rules when it came to exploring material.