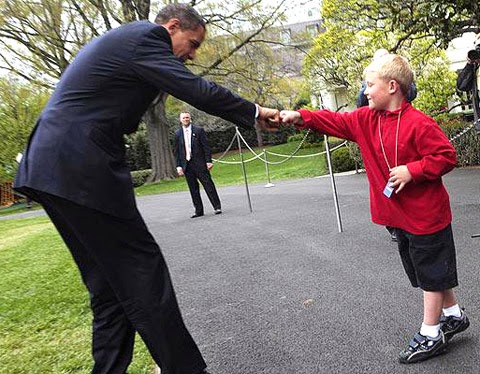 It’s not only hip to be cool, but it’s healthier.

The ever popular high five gave the gift of about 50% of the germs of a handshake.

Their methods for reaching this conclusion were rather interesting: the scientists used rubber gloves and spread them with a thick layer of E. coli bacteria. They then exchanged fist bumps, hand shakes, and high fives with researchers who were wearing clean rubber gloves, randomly varying the intensity and duration of the greetings.

One of the study authors, Dr. Dave Whitworth, a senior lecturer at Aberystwyth University, had this message for the public: “People rarely think about the health implications of shaking hands. If the general public could be encouraged to fist-bump, there is genuine potential to reduce the spread of infectious diseases.”