Premiering September 19, this original HBO documentary by out filmmakers Fenton Bailey and Randy Barbato chronicles the controversial legislation that let gays serve in the U.S. military as long as they didn’t disclose their sexual orientation.

In 1993, President Bill Clinton encountered vehement opposition when he tried to deliver on his election promise of lifting a 50-year ban on gays in the military. The result was the compromise legislation “Don’t Ask, Don’t Tell” which allowed gays to serve in the military provided they didn’t disclose their sexual orientation. The Strange History of Don’t Ask, Don’t Tell examines the consequences of the policy and the fight to overturn it, a battle that would last 17 year, span three presidencies and result in the discharge of 13,368 active service members. 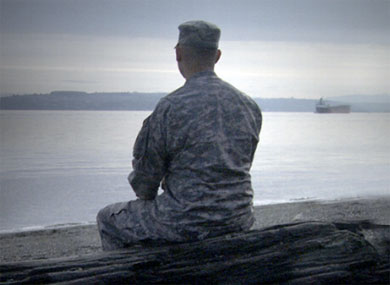