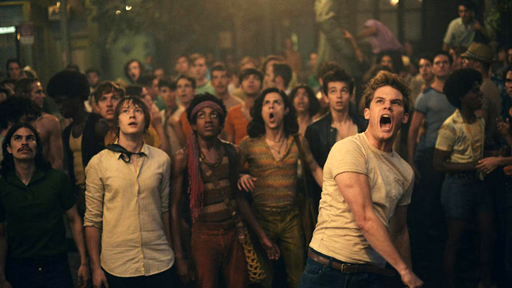 After suffering wide-spread criticism for “white-washing” the actual events of the Stonewall riots, the film Stonewall took in a paltry $112K for the weekend.

Critics were especially outraged that the film depicted a fictional, white, middle-class “straight-acting” male as the protagonist who threw the first brick at the historic event.

It’s been well-documented that trans women of color were at the forefront of the fight that night back in 1969 in New York City.

Director Roland Emmerich said in interviews he thought a “straight-acting” male lead (as opposed to transgender women or drag queens) would be more relatable for a movie going audience.

Instead, of getting a Selma, what the LGBT community got in terms of a historic event was more of a soap opera, toned down soap opera.

One commenter, responding to the trailer, wrote, “This ‘Danny’ is fictional. The first people to pick up a brick and riot were transwomen of colour and other queers of colour, not some small town corn fed white boy.”

The New York Times review said “except for its identification of actual police officers, ‘Stonewall’ doesn’t bother to distinguish among facts, fiction and urban legend.”

The Los Angeles Times said that “the proceedings can seem less like a fresh retelling of a seminal story and more like, despite stabs at grit and terror, a theatricalized, dewy-eyed version of days past.”