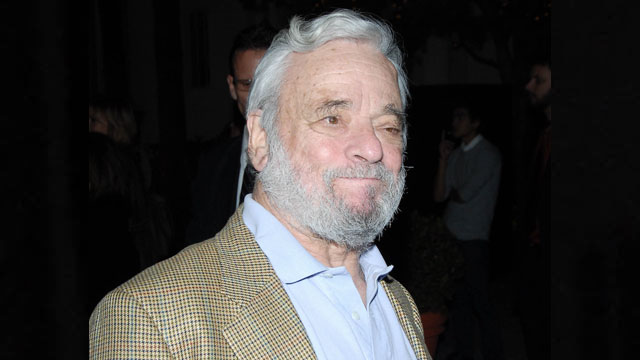 Stephen Sondheim, easily the most revered Broadway composer/lyricist of the past half century, has died at the age of 91.

F. Richard Pappas, his lawyer and friend, shared the news with the world characterizing his his passing as “sudden,” with no cause of death. Mr. Sondheim had reportedly celebrated Thanksgiving with a dinner with friends.

Breaking News: Stephen Sondheim is dead at 91. One of Broadway’s most revered songwriters, he set the standard for the American musical. https://t.co/U6f5QeP5H9

From his earliest successes in the late 1950s, when he wrote the lyrics for “West Side Story” and “Gypsy,” through the 1990s, when he wrote the music and lyrics for two audacious musicals, “Assassins,” giving voice to the men and women who killed or tried to kill American presidents, and “Passion,” an operatic probe into the nature of true love, he was a relentlessly innovative theatrical force.

The first Broadway show for which Mr. Sondheim wrote both the words and music, the farcical 1962 comedy “A Funny Thing Happened on the Way to the Forum,” won a Tony Award for best musical and went on to run for more than two years.

The Times notes that only a handful of successful Broadway composers also penned their own lyrics.

And even among those greats, perhaps only Porter might have been his equal in regard to the complexity of his lyrics.

Over the course of his career, Sondheim garnered seven Tony Awards plus a 2008 Special Tony Award for lifetime achievement in the theater. The short list of his honors also includes a Pulitzer Prize, an Academy Award, and 8 Grammy Awards.

He is survived by Jeffrey Romley, who he married in 2017, along with a half brother, Walter Sondheim.

I encourage you to read the wide-ranging New York Times article taking a deep dive into Sondheim’s incredible career.

In the beginning of the pandemic, the Broadway world would not be deterred in celebrating Sondheim’s 90th birthday. The streamed musical event, “Take Me To The World,” is an all-star valentine to the genius.

Longtime Randy Report readers may recall that I was an actor in my life before journalism.

Stephen Sondheim’s genius has touched my life since forever. The first musical I ever performed in was GYPSY. My last run on #Broadway was in FOLLIES.

In between were many productions of WEST SIDE STORY and INTO THE WOODS.

This photo is me in costume backstage with the genius at the Belasco Theater during the run of FOLLIES. I was shy and hadn’t taken a photo with him. One of his visits to the theater I asked Mr. Sondheim for a quick pic. His answer…”Call me Steve.”

Every time I dipped a toe into his incredible, richly layered exploration of the human condition I marveled at how he could bring next level complexity to such relatable musical creations. He reminded us that “Somewhere” there are “worlds to win” where “children will listen” and “no one is alone”

Rest well #StephenSondheim. There will be trumpets.