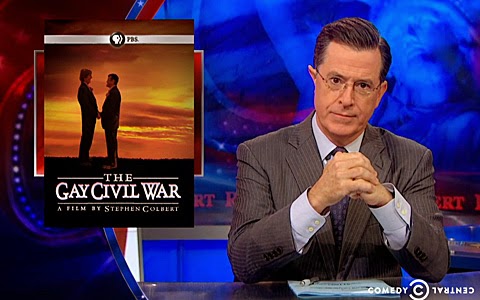 In light of the recent SCOTUS decision not to review anti-gay marriage bans, Stephen Colbert has seen the future.

And as such, here he shares with us, “The Gay Civil War.”