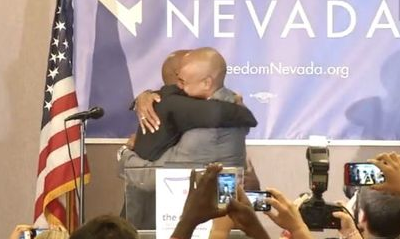 Atkinson told CNN, his proposal “just came out…I proposed to him on stage in front of everyone:”