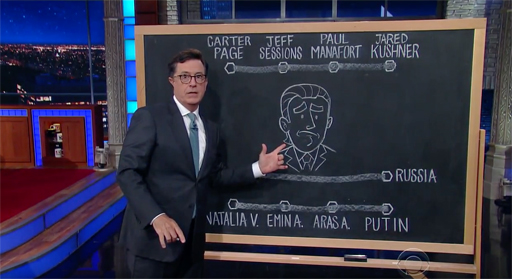 Colbert shows you in this concise, clearly understandable visual. Watch below.