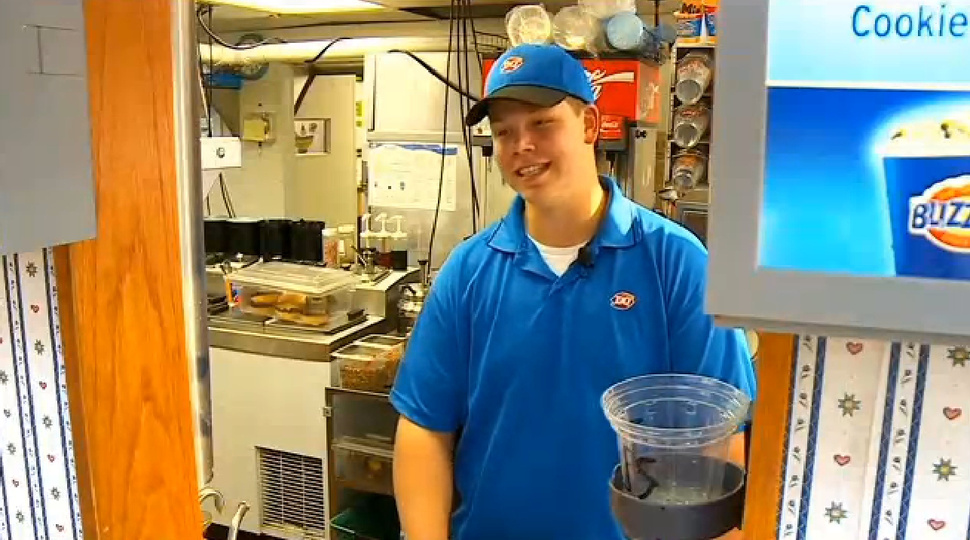 Joey Prusak was working at a Minnesota Dairy Queen when he saw a guest who was blind drop a $20 bill as he stepped away from the counter. What he saw next really surprised him.

An older woman reached down, picked up the bill and put it in her purse. As she reached the counter, Prusak refused to serve her until she returned the money to it’s rightful owner:

“I told her ‘Ma’am, you can either return the $20 bill or you can leave the store,” Prusak told CBS Minnesota, “because I’m not going to serve someone as disrespectful as you.”

After exchanging some angry words with Prusak, the woman eventually decided to leave.

Once he was finished helping the other customers in line, Prusak approached the blind man, who was still inside the store eating, and pulled a $20 bill out of his own pocket.

“I felt like the right thing to do was to give him the money,” Prusak told WCCO. “I said, ‘You happened to the drop this.'”

The good deed would have gone unnoticed if not for a second guest at the DQ who saw the entire episode and wrote the national DQ office to praise Prusak.

A photo of the letter was eventually posted to Facebook by an employee, and from there it made its way to Reddit and the rest of the web.

Let’s hear it for Joey Prusak!  And his parents who taught him well.