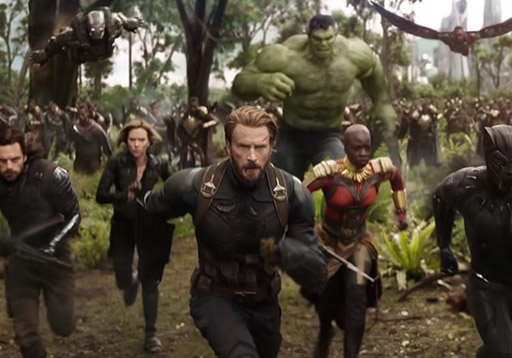 Excuse me as I, and the entertainment world, totally geek out over the newly-released trailer for Marvel Studios’ Avengers: Infinity War.

Bringing together just about everyone in the current Marvel cinematic universe, it’s pretty awesome.

We don’t really get to know much about plot points other than the story centers on galactic bad-guy Thanos.

“An unprecedented cinematic journey ten years in the making and spanning the entire Marvel Cinematic Universe, Marvel Studios’ “Avengers: Infinity War” brings to the screen the ultimate, deadliest showdown of all time. The Avengers and their Super Hero allies must be willing to sacrifice all in an attempt to defeat the powerful Thanos before his blitz of devastation and ruin puts an end to the universe.”

Avengers: Infinity War opens in theaters on May 4, 2018. Check out the trailer below.