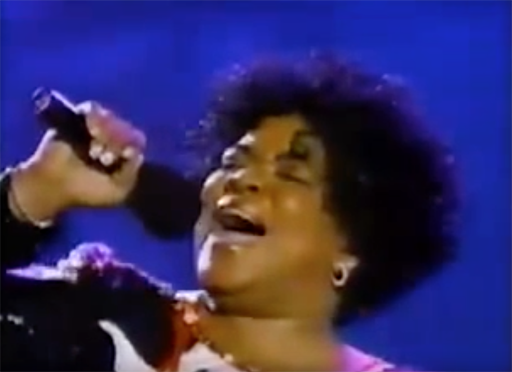 Running errands over the weekend, Steve Winwood’s 1986 classic “Back in the High Life” came on the music system and it immediately took me back to the heyday of the 80s.

With themes of reflection, redemption and reinvention, the song (written by Winwood and Will Jennings) marches forward clear-eyed and focused.

But I’d be remiss if I didn’t feature my favorite rendition of the song by Broadway and TV star Nell Carter.

Filmed for a TV special – In a New Light: A Call to Action in the War Against AIDS – broadcast July 11, 1992, Carter is a force of nature ripping through the anthem.

In the clip, Carter (who self-identified as bisexual) shares for the first time that her brother, Bernard, had actually died from AIDS in 1989.

I actually attended the dress rehearsal for the TV special in Los Angeles and was thunderstruck by her power onstage.

Watch as she builds and builds through the bridge to a gorgeous release at the 2:40 mark.