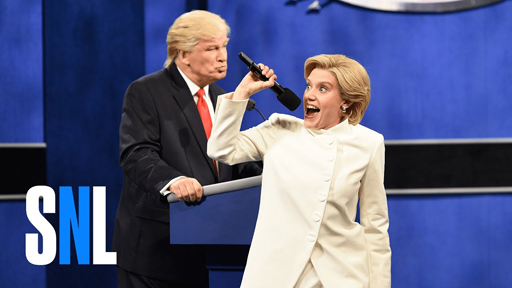 Beginning the segment, Hanks announces, “I’m Chris Wallace and welcome to the third and final presidential debate. Tonight is going to be a lot like the third ‘Lord of the Rings’ movie. You don’t really want to watch, but hey, you’ve come this far.”