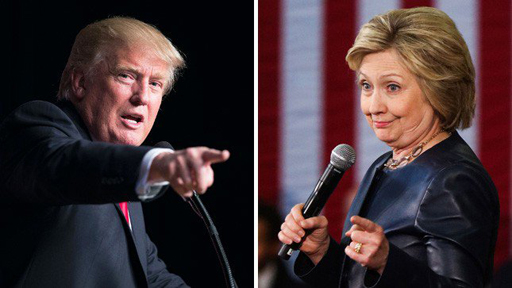 ABC News reports that Democrat Hillary Clinton has surged to a 12 point lead over Republican Donald Trump in the network’s 2016 election tracking poll.

Likely voters by a vast 69-24 percent disapprove of Trump’s response to questions about his treatment of women. After a series of allegations of past sexual misconduct, the poll finds that some women who’d initially given him the benefit of the doubt have since moved away.

Fifty-nine percent of likely voters, moreover, reject Trump’s suggestion that the election is rigged in Clinton’s favor, and more, 65 percent, disapprove of his refusal to say whether he’d accept a Clinton victory as legitimate. Most strongly disapprove, a relatively rare result.

All told, Clinton leads Trump by 12 percentage points among likely voters, 50 to 38 percent, in the national survey, her highest support and his lowest to date in ABC News and ABC News/Washington Post polls. Gary Johnson has 5 percent support, Jill Stein 2 percent.

Also from the survey results: