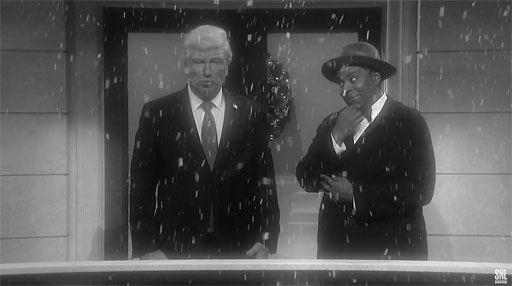 SNL’s holiday show cold open threw a new spin on the Christmas classic, It’s A Wonderful Life, where Donald Trump wishes for a world where he was not elected president.

Entering a holiday party, Trump looks around the room noting the mood of the party goers: “Everyone looks so different. What are those things on their faces?”

When Trump asks if ‘they ever found’ Hillary Clinton’s emails, Clarence shares, “They did – they were all Bed, Bath & Beyond coupons.” 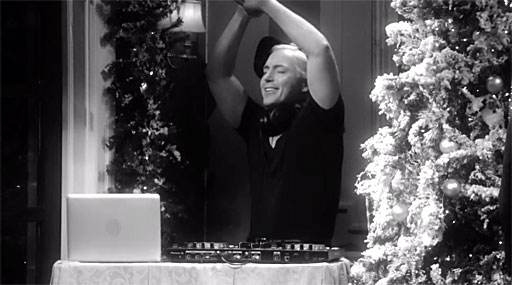 And Melania Trump, no longer married to the Donald, doesn’t have an accent anymore. “After our divorce, I lost it. They said being around you was hurting my language skills.”

The sketch appears to have triggered the Trumpster:

A REAL scandal is the one sided coverage, hour by hour, of networks like NBC & Democrat spin machines like Saturday Night Live. It is all nothing less than unfair news coverage and Dem commercials. Should be tested in courts, can’t be legal? Only defame & belittle! Collusion?