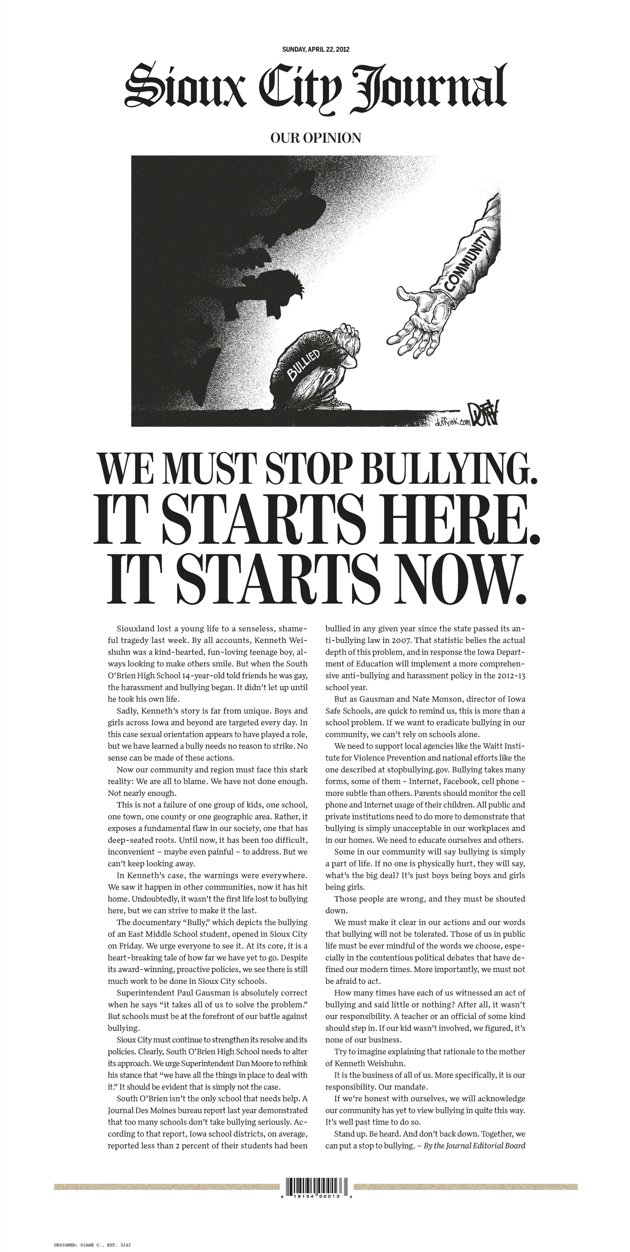 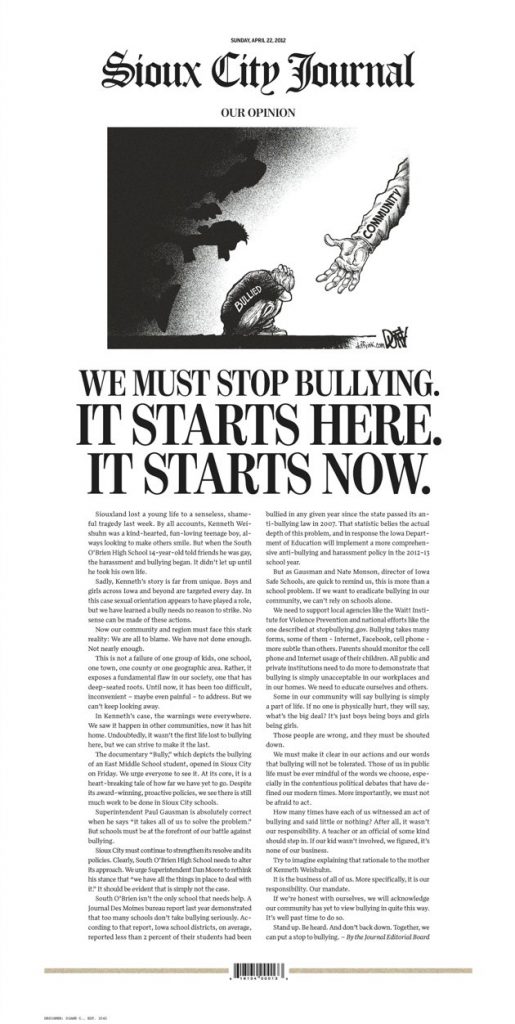 In a rare and
forceful act of advocacy, an Iowa newspaper devoted the entire front
page of its Sunday edition to an anti-bullying editorial after a gay
teen committed suicide.
The Sioux City Journal’s
front-page opinion piece calls on the community to be pro-active in
stopping bullying and urges members to learn more about the problem by
seeing the acclaimed new film, “Bully,” which documents the harassment
of a Sioux City middle school student. It notes that while many students
are targeted for being gay, “we have learned a bully needs no reason to
strike.”
Relatives have said 14-year-old
Kenneth Weishuhn Jr. suffered intense harassment, including threatening
cellphone calls and nasty comments posted online, after coming out to
family and friends about a month ago. He died April 15 from what the
local sheriff’s office described only as a “self-inflicted injury.”
“In Kenneth’s case, the warnings
were everywhere,” the editorial said. “We saw it happen in other
communities, now it has hit home. Undoubtedly, it wasn’t the first life
lost to bullying here, but we can strive to make it the last.”
Bravo to the Sioux City Journal!  Click here to read the entire editorial.