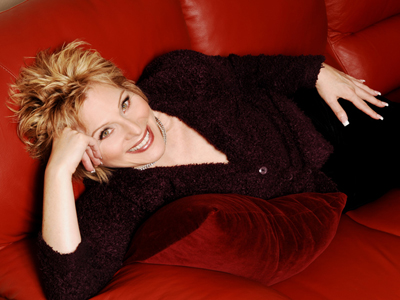 While
she may have started out as “Barbra Steisand’s little sister” – Roslyn
Kind has made a big name for herself thanks to acclaimed recordings,
appearances in concert, on Broadway and television.

L.A.
Times: “Forget that Roslyn Kind is Barbra Streisand’s kid sister. She’s
too good and too special to have to worry about comparisons…”

The London Times: “To say she is superb would be an understatement.”

The
New York Post: “She’s so good on so many levels; it’s difficult to
categorize her.  This elegant, beautiful, petite, dynamo delight rules
the stage with a royal command that demands adoration from every seat in
the house.”

In addition to her work on stage and in the studio, Roslyn also
takes pride in her work for various animal welfare, Alzheimer’s and
AIDS related charitable organizations including HSUS, APLA and Broadway
Cares Equity Fights AIDS.

Roslyn will be performing in concert at the Brooklyn Center for the Performing Arts Saturday April 28th.  More info at RoslynKind.com

Hit the play button above to hear Roslyn talk about her music, career on stage AND her love of dogs.  Great, fun show.