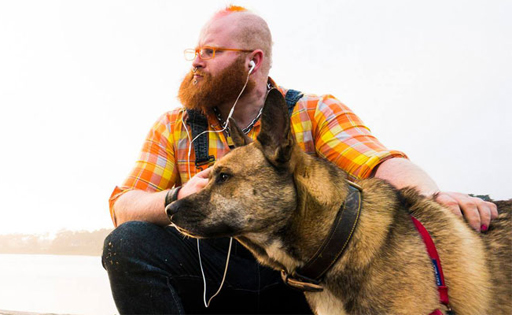 A gay man in Seattle, Washington, has died due to health complications related to injecting his genitals with liquid silicone.

Among the causes of death listed on the death certificate was ‘Silicon Injection Syndrome.’ Three other causes of death, all lung related, were also listed.

According to Gay Star News, Chapman lived with “Hafertepen, Hafertepen’s husband, and three other men whom Hafertenpen has relationships.”

Chapman had previously shared on his Tumblr account his use of silicone injections into his penis and scrotum.

The National Institutes of Health reports penile enhancement procedures with liquid silicone by non-medical personnel could result in devastating consequences including gross distortion’ and ‘sexual dysfunction.’

Silicone injections can also result in an ‘immunological response.’

A case study in the National Library of Medicine noted, “There is no reliable material as filler for penile soft tissue. Because of their composition and biochemical characteristics, they may act as a foreign body in the tissue, eliciting severe allergic reactions.”

Since Chapman’s death, social media followers have posted screen captures of his Tumblr account where he had shared his use of liquid silicone.

In one post, Chapman wrote, “What’s my secret? Since November 2014, I’ve been having liquid silicone injected into my penis and scrotum under the supervision of a healthcare professional, who has high amount of experience performing this procedure.”

When asked for details of his treatment, he shared, “I have a guy in Sacramento who is a champ.”

“The reason I shared this detail about myself was because I believe I owed it to the intelligence of my readers,” he added. “I am noticeably bigger, and will continue [to] get bigger into the future – a cursory glance to my readers by misleading them or pretending that nothing has happened when it obviously had.”

“This procedure can have major health risks if done incorrectly,” wrote Chapman in a post that now seems prophetic. “It is an unregulated and unapproved body modification.”

He also refused to share specific information about where to turn to for similar treatment.

In the aftermath of his death, Chapman’s Instagram and Tumblr accounts have been deleted.

A post on his Facebook page, dated October 16, mentions a ‘persistent cough’ that eventually led to further complications.

Tank had a persistent cough for several months. Otherwise, he seemed fine, doing the things he loved — working out, caring for clients as part of Lifelong AIDS Alliance, and spending time with his family. Until a week ago when he had trouble breathing and was admitted to the hospital with what we figured was a routine infection. It turned out to be much more. He fought very hard, seeming to get a tiny bit better day by day, until the terrible moment that we were told nothing more could be done.

But when questions regarding the silicone treatments and possible steroid use came up, Hafertepen demurred, writing in an email, “Tank was an incredible man and I don’t want him remembered by the thing that contributed to his death.”

Chapman is also survived by his mother, who lives in Melbourne, Australia.

UPDATE: Since I posted this report, I’ve heard from a number of people alleging an element of domestic abuse in this case.

While I can’t substantiate any of those claims, it seems adding a link to someone who has compiled their alleged proof would make this post more thorough.