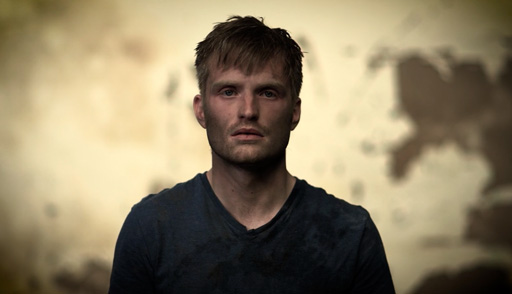 Writer and director Stephen M. Hornby has created the short film Unchechen, based on actual quotes from accounts of the current torture and genocide of gay men in Chechnya.

The short film, created by digitalSTAGE and Inkbrew Productions, began life as a stage play commissioned by theatre collective Take Back, performed in Manchester earlier this month.

Hornby issued this statement with the short film:

“The State organised extermination of gay men in Chechnya is a horrific ghost from World War Two. But it’s real. The men fleeing from it are too terrified to go on camera, and so I wanted to try to fill the silence with something that attempts to make this crisis real and human. This is an emotional story to connect people to what’s happening and hopefully stimulate a response.”