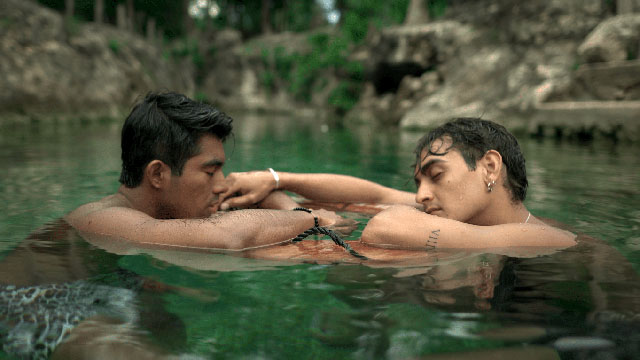 Now, the film’s director, Guillermo Nuñez, is hoping to take that momentum and expand the love story into a full-length film.

TABOO’s story focuses on a Mexican street vendor, Enrique, who meets an American tourist, Kasey, and their relationship quickly flourishes into love and passion.

The story delves into the harsh realness that class, language, and culture separates us too often, but proves that these are not enough to impede the heart’s desires.

The story captures the ways this generation is interacting in today’s world. Young relationships, in love, with free, open sexuality and more stripped of social stereotypes, inequalities and old customs that we inherit from a world that is less and less current.

While this is a story of two unlikely lovers, the third character is Mexican scenery that lends its picturesque backdrop of Tulum for the playground in which these two lovers find themselves.

I found the film short took me to an uncomplicated place where I remembered those moments of early love – hope, smiles, the tactile electricity of first touches. I look forward to seeing where the creative team takes the young love story.

Click over to Kickstarter to see how the creators hope to continue the journey of their film short. You can watch the short film that started it all below.