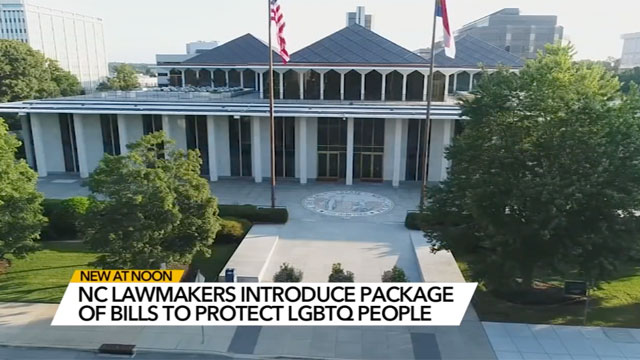 A group of lawmakers in North Carolina has proposed a package of 4 bills that would improve life for LGBTQ people in the state.

The second piece of legislation would put into place statewide non-discrimination protections for LGBTQ people.

The third bill would outlaw so-called ‘conversion therapy,’ the dangerous pseudo-science that attempts to change a person’s sexual orientation or gender identity.

And the fourth bill would prohibit the use of the ‘gay panic’ or ‘trans panic’ defense in legal cases which attempts to justify killing or harming someone because of their sexual orientation or gender identity.

“No one should worry that they can’t buy a home because of who they love or be denied a haircut or a hotel room because of their gender identity,” Rep. Vernetta Alston (D-District 29) told the local ABC News affiliate.

Kendra Johnson of Equality NC added, “For too long LGBTQ North Carolinians have lived in the shadow of archaic and outdated laws that impact everyone in our community.”

Lawmakers say they are ‘hopeful’ the bills have momentum to pass, but I’ll note that the Republican-controlled state legislature hasn’t previously given queer people much to believe in.