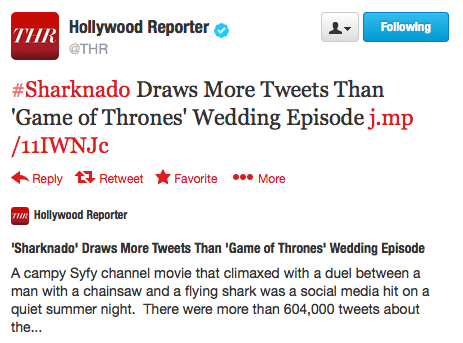 I am LOVING the whole Twitterverse getting in on the Sharknado fun.

There were more than 604,000 tweets about the irresistibly Sharknado from 8 p.m. to 3 a.m ET on Thursday, according to social media analytics firm Fizziology. The Syfy film, which starred Tara Reid, Ian Ziering and Casie Scerbo, premiered at 9 p.m. ET/PT.

Twitter also contextualized the outsized response to the sharks-meet-tornados B-movie, produced by Asylum. The micro-blogging platform’s official Data account posted a chart showing a peak of more than 5,000 tweets a minute were referencing Sharknado at 10:58 pm ET. 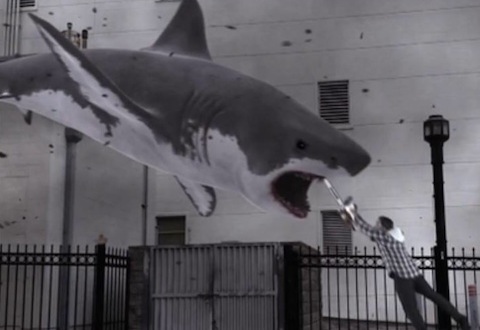