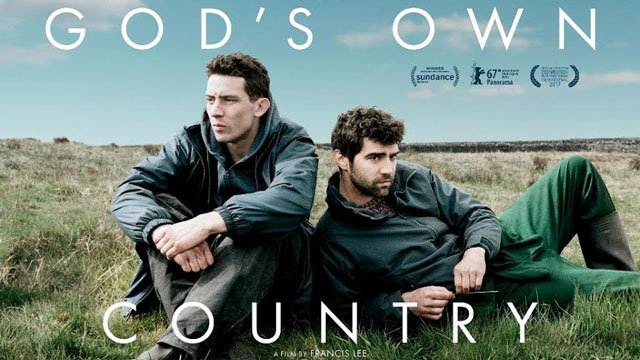 Earlier this week,  the director of the acclaimed 2017 film, God’s Own Country, took to Twitter asking viewers to refrain from watching his gay love story on Amazon saying the intimate sex scenes had been deleted.

The film, which depicts a sensitive love story between a UK sheep farmer (Josh O’Connor) and a Romanian migrant worker (Alec Secăreanu), was praised by critics for “combining gritty realism with poignancy” resulting in a film that is “exceptionally moving.”

On the film site Rotten Tomatoes, the movie has a rating of “98% Fresh.”

But on Tuesday, Lee was understandably upset at learning his efforts had been censored.

“Dear Friends in USA,” tweeted director Francis Lee on Tuesday. “God’s Own Country appears to have been censored on Amazon Prime. Until this is investigated please do not rent or buy on Amazon Prime. It is not the film I intended or made. I will report back.”

Dear friends in USA, God’s Own Country appears to have been censored on @PrimeVideo (Amazon Prime). Until this is investigated please do not rent or buy on Amazon Prime. It is not the film I intended or made. I will report back ❤️

But the next day, Lee returned to Twitter having discovered the edited version of his film was the work of the U.S. distributor Goldwyn Films. Apparently, due to the film’s graphic sex scenes, the distributor had excised those without consulting its creator for viewers on Amazon Prime Video Direct.

Lee noted the full, uncensored version was still available for rent on Amazon.

“Dear USA friends, after investigation God’s Own Country was not censored by Prime Video but by the US distributor Goldwyn Films, who butchered the streaming version without consultation to get more ‘revenue.’ Prime Video were incredibly supportive in rectifying.”

The rental version of God’s Own Country on @PrimeVideo is the correct version of my film. I would like to thank Amazon Prime for being supportive and I would caution any film maker of working with the aforementioned ‘distributor’. Thank you EVERYONE for all your support ❤️

The popular thinking seems to be the graphic sex scenes might have led Amazon to raise the age rating of viewers, which would have reduced the viewership of the movie.

Fans of the film noted on social media two scenes had been cut. In one, the two lead characters Johnny and Gheorghe engage in oral sex after wrestling on the ground; and in the second, the duo has sex in a cattle trailer.

The censored version on Prime Video Direct is no longer available.

“The rental version of God’s Own Country on Prime Video is the correct version of my film,” added Lee in a subsequent tweet. “I would like to thank Amazon Prime for being supportive and I would caution any filmmaker of working with the aforementioned ‘distributor’. Thank you EVERYONE for all your support.”

And in December 2019, The Advocate celebrated the film as one of the Top 30 LGBTQ Films of the Decade.

“The film is a beautiful, visceral, and at times violent depiction of how self-hate, societal stigma, and prejudice can complicate queer love,” wrote the editors. “Its themes resonate profoundly in a world where fear is threatening to close borders and reject outsiders.”

If you haven’t seen God’s Own Country, you should. The official synopsis for the film reads:

Johnny Saxby works long hours in brutal isolation on his family’s remote farm in the north of England. He numbs the daily frustration of his lonely existence with nightly binge-drinking at the local pub and casual sex. When a handsome Romanian migrant worker arrives to take up temporary work on the family farm, Johnny suddenly finds himself having to deal with emotions he has never felt before. An intense relationship forms between the two which could change Johnny’s life forever.

Check out the original trailer below.