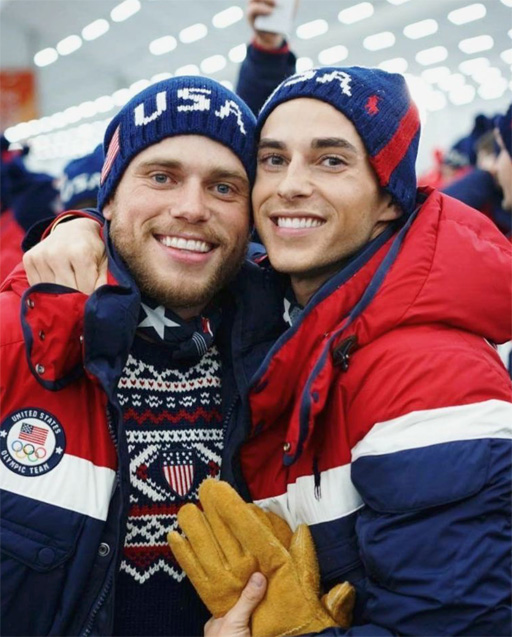 The White House will host members of the 2018 U.S. Winter Olympic and Paralympic teams this morning but several of the bigger names from this years’ Games won’t be in attendance.

Lindsey Vonn won’t be there. Neither will opening ceremony flag bearer Erin Hamlin, or Adam Rippon, or almost all of his figure skating colleagues, or Chloe Kim, or Gus Kenworthy, or Jessie Diggins, or David Wise.

Some, like Vonn, Rippon and Kenworthy in particular, have made it clear they are skipping the U.S. Olympic Committee’s White House visit because they do not want to stand with the controversial Trump, who, among other things, bragged about sexually assaulting women in a video released during the 2016 presidential campaign, mocked a disabled person during the campaign and called some white supremacists “very fine people” after the deadly Charlottesville rally.

Others have just said they are going to be, um, busy.

Rippon has a full schedule with Dancing with the Stars rehearsals even as he’s touring with “Stars On Ice.”

But it was a foregone conclusion neither he nor Kenworthy would be attending today.

“I have been invited to so many incredible things, to the Human Rights Campaign dinner, the GLAAD Media Awards. I was so honored and so excited to go to those, more so than I would be to go to the White House. I feel like it was more important for me to go to those events because it’s a cause that I really believe in, it’s a message that I believe in. It’s important for me to align myself with those people who have the same ideals that I have.”

Olympians from the 2018 Games have been invited to go to the White House today. I will not be going. I will not stand with people who discriminate against those that they perceive as different. In lieu of going to DC, I have donated to a few of my favorite causes 🙆🏼‍♂️❤️ https://t.co/qDXqswTHdF— Adam Rippon (@Adaripp) April 27, 2018

My first donation is to @glaad. I love to be partnered with them and will continue to work together to help empower LGBTQ youth. https://t.co/g9cVJfREUc— Adam Rippon (@Adaripp) April 27, 2018

Another donation is to @PPFA. They provide many different affordable health care services and have helped so many different people. https://t.co/9fYu1X49N8— Adam Rippon (@Adaripp) April 27, 2018

I’ll also be making a donation to the @RedCross to help with the work they do to provide disaster relief. https://t.co/hocEjeveGq— Adam Rippon (@Adaripp) April 27, 2018

If you want to join me and you’re able to give a little, go for it! I think when we’re able to help each other out and do what we can to lift each other up, that’s when we’re truly making America great 🇺🇸— Adam Rippon (@Adaripp) April 27, 2018