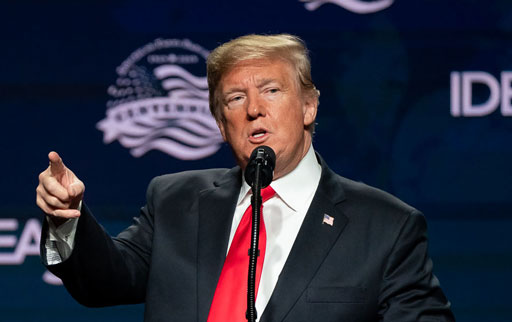 The Senate will vote Thursday on two separate bills that would bring an immediate end to the partial government shutdown: one backed by President Trump that includes $5.7 billion for his border wall and another that would simply extend funding for shuttered agencies through Feb. 8.

The plan, a compromise between Senator Mitch McConnell, the majority leader, and Senator Chuck Schumer, the Democratic leader, offers the first hint of a path out of the partial shutdown, which is now in its fifth week and has left 800,000 federal workers without pay. The two announced it Tuesday afternoon on the Senate floor.

There will be TWO votes on the Senate floor Thursday.
1. Trump bill with $5,7 billion for border wall.
2. Clean CR, already passed by House, to reopen shuttered agencies through Feb. 8.

Both are procedural votes. First hint of a pathway out. https://t.co/rpj5K1TgZp

Could this be an end to the shutdown?! @realDonaldTrump vote loses; Senate substitute passes, reopening with all back pay and next paycheck;

House passes it quickly; and we have til February 8th to address the pending appropriations bills.

Wait. You mean Senate Majority Leader Mitch McConnell had the authority to introduce legislation to reopen the government the past 32 days instead of blocking all votes in the Senate? Who knew? https://t.co/PA15vQVM0W