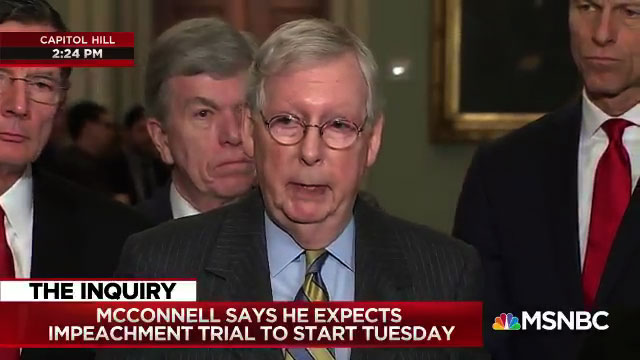 The announcement comes as Speaker of the House Nancy Pelosi indicated the House will vote to transmit the articles of impeachment to the Senate on Wednesday.

JUST IN: Senate Majority Leader McConnell says "in all likelihood" the impeachment trial against President Trump will begin next Tuesday. pic.twitter.com/rANQCsybb7