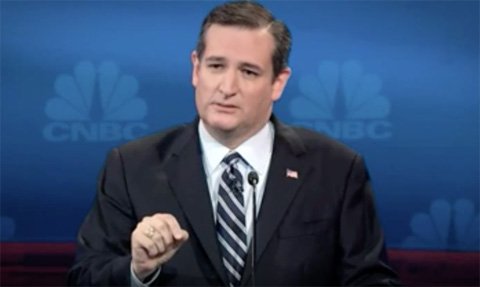 Attempting to capitalize on his brief moment of attention after criticizing the media at this week’s GOP debate, the campaign wizards for Sen. Ted Cruz rushed out this spot reminding you he hits back at the “liberal biased media.”

It’s worth remembering that when Cruz made his grandstanding comment at the debate, he was whining about a lack of “substantive” questions from the moderators.

Ironically, he chose to be dramatic rather than answer the “substantive” question that had just been posed to him asking why he was opposing a bipartisan budget deal that would avert a debt ceiling crisis, a Medicare crisis, and a Social Security Disability Insurance crisis.

Please note the very dramatic music in the background.