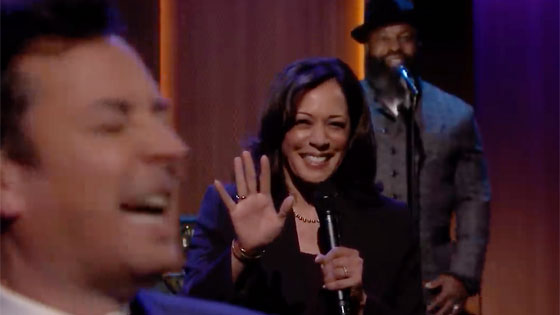 Sen. Kamala Harris (D-CA) becomes the first woman to ‘slow jam the news’ on The Tonight Show with Jimmy Fallon (above).

Jimmy Fallon’s longest-running comedy bit is Slow Jam The News, the thing where he and the Roots bust out Barry White impressions and attempt to make jokes out of topical subjects. Brian Williams used to do the sketch all the time, and Barack Obama did it a couple of times as president — including, most recently, in the summer of 2016. And now Harris, one of several Democratic primary hopefuls attempting to bring back that old Obama magic, took part in it.