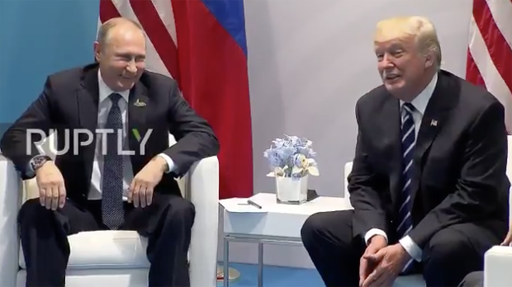 Several sources are reporting that President Trump did bring up the subject of cyber-hacking by Russia during the 2016 campaign to Russian President Putin.

Secretary of State Tillerson says the two leaders had “lengthy discussion” on Russian interference in US election.

No reports yet on whether Trump thanked the Russian president.

Lavrov: #Trump said he accepted statements from #Putin that #Russia had not hacked election.