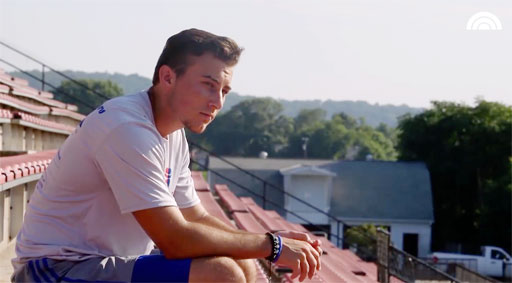 In a win for transgender students, the U.S. Supreme Court has declined to review Doe v. Boyertown School District which leaves in place a policy of allowing trans students to use the bathroom facilities that align with their gender identity.

The policy has been in effect since 2016. The school district also provides private restrooms with lockers for any student, trans or otherwise, who may feel uncomfortable with the arrangement.

In March 2017, a group of students using the pseudonym ‘Joel Doe’ sued the Boyertown Area School District for allowing male trans students to use their preferred bathrooms. Doe argued the policy was a violation of their privacy.

The ACLU and the ACLU of Pennsylvania represented a transgender student, Aidan DeStefano, and the Pennsylvania Youth Congress, a coalition of LGBTQ youth leaders and organizations which includes the Boyertown Gay-Straight Alliance.

In 2017, The Today Show profiled DeStefano who had begun to transition in 2015.

The plaintiffs were represented by the virulently anti-LGBTQ law organization Alliance Defending Freedom, which has taken up similar cases across the country.

Having lost their original court case, the plaintiffs took their fight to the 3rd Circuit Court of Appeals last year, where they lost again.

In fact, the three judge panel announced its unanimous decision just 15 minutes after hearing arguments. According to The Morning Call, decisions from the 3rd Circuit usually take weeks or months to be handed down.

Today’s announcement by SCOTUS means the ruling from the 3rd Circuit stands.

To date, multiple courts have ruled that transgender students have the right under Title IX and the 14th Amendment to sue the bathroom that aligns with their gender identity.

In a statement released after today’s decision, Michael Levin, counsel for the school district, said, “The Boyertown Area School District provides private bathrooms and locker rooms to all students who do not feel comfortable sharing such (spaces) with others, transgender or cisgender.”

“The school district’s approach to offer separate and private bathrooms, locker rooms and private spaces to students who desire greater privacy is the common-sense approach that the Plaintiffs claim that they want,” added Levin.