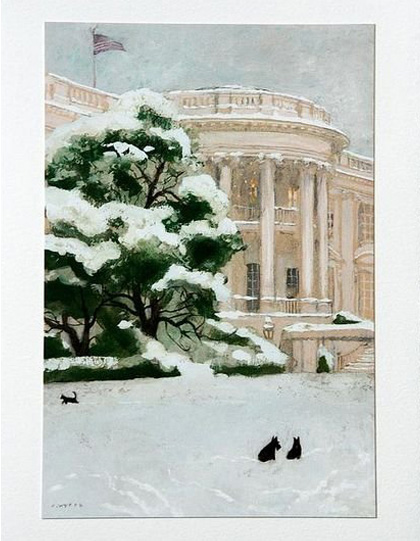 She went on to wonder why the president’s Christmas card highlights his dog instead of traditions like ‘family, faith and freedom.'”

Palin said a majority of Americans prefer “American foundational values illustrated and displayed on Christmas cards and on a Christmas tree.” With regard to the card, she added, “It’s just a different way of thinking coming out of the White House.”

And yet – Ms. Palin never mentioned several OTHER White House Christmas cards. Like the ones from GOP Presidents past that have no mention or images of “faith.”

I imagine these would raise Ms. Palin’s ire too?  And yet – no mention of these…