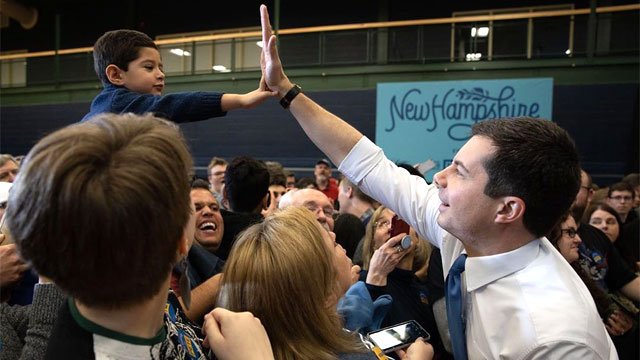 It’s close, but in the view of The San Diego Union-Tribune Editorial Board, Buttigieg is best suited to beat Trump because of his centrist policies, his military experience, his (admittedly small-scale) executive experience and the enthusiasm he’s inspired, with better fundraising and national polling, bigger campaign crowds and more news coverage than Klobuchar.

He has shown he can manage a national campaign successfully. And in a nation that only legalized same-sex marriage in 2015, his message of generational change could actually inspire change.

Of the six strong Democratic candidates left, half are 77- or 78-year-old men, two are women, one of whom is 70, and then there is Buttigieg. He may have only been mayor of the fourth-largest city in Indiana, but his fresh approach is transformational.

The New York Times Editorial Board asked Buttigieg how he would balance his devout Episcopalian faith with his duties as commander in chief, and he showed both his wisdom and his eloquence: “I think you have to accept the reality that you are living and working in a broken world just as we are all broken human beings and try to order your steps in a way that brings greater good than harm.”

That resonated with us, for its lofty rhetoric and grounding in humanity and hope: “greater good.”

Vote Pete Buttigieg for president of the United States.