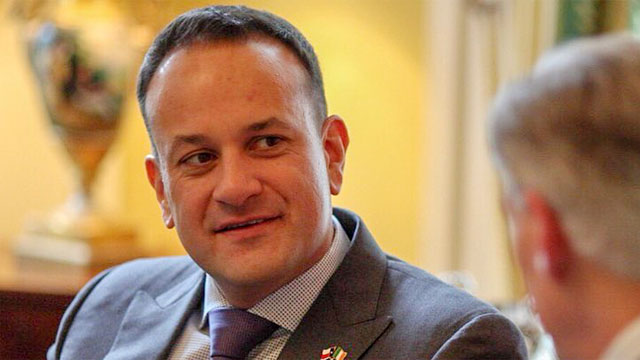 Leo Varadkar, Ireland’s openly gay prime minister, has offered his resignation after his political party, Fine Gael, failed to win a majority in the parliamentary elections held on February 8.

Parliament then voted Thursday on the prime minister, with a candidate needing 80 votes to win. Varadkar received just 36, with the support of all members of his party plus one other. Micheál Martin, from the Fianna Fáil party, received 41 votes, and Mary Lou McDonald, of Sinn Fein, won the most, 45.

The other parties refuse to form a coalition government with Sinn Fein, which was once the political affiliate of the Irish Republican Army, so Martin may end up leading a coalition with Fine Gael.

When he became prime minister in 2017, he became one of the highest-ranking openly gay elected officials in the world.

Varadkar visited the U.S. several times in his capacity as Ireland’s Prime Minister including attending a luncheon with virulently anti-LGBTQ Vice President Mike Pence in 2018.