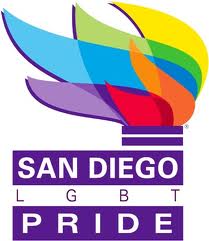 The promise of America grounded in the Constitution, contained in our Pledge of Allegiance, inscribed on the Statue of Liberty and enunciated by generations of our nation’s leaders is that America stands for liberty, for justice, for equality for all. This has been America’s Pride.

To honor all servicemembers without regard to their sexual orientation is commendable, to pursue the United States’ value of equality is honorable, and to support those actions is genuinely American.

The mission statement of San Diego LGBT pride is fostering pride in and respect for all lesbian, gay, bisexual, and transgender communities, locally, nationally, and globally. It is with great pride and distinction we pursue that mission, and we were honored to do so last Saturday at San Diego’s Pride themed America’s pride.

We fully support, agree with, and respect the decision by Defense Secretary Leo Panetta, and hope that this is just another step on the road to equality.