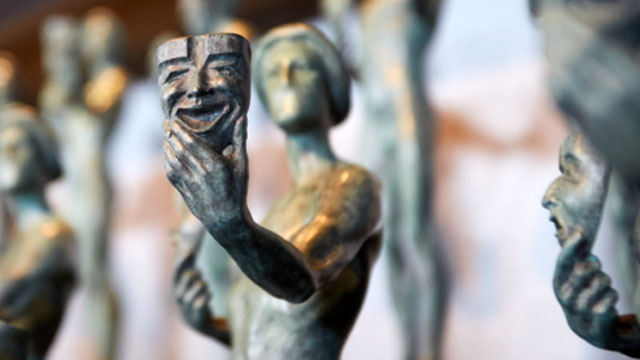 Instead of attempting a Zoom-adapted awards show, this year’s SAG Awards will be a short and sweet one-hour pre-taped, fully edited affair including the reveal of the winners.

The SAG Awards, which airs Sunday, April 4, at 9 p.m. ET/6 p.m. PT on TNT and TBS, won’t have a host, a red carpet or even a set. Instead, the show will include comedy bits mixed in with the SAG Awards’ signature “I Am An Actor” mini-speeches from performers. Those will be sprinkled throughout the hour along with winner announcements in 13 categories and the “In Memoriam.”

Days before the broadcast, nominees from each category will gather together in their own Zoom room, where the winner will be revealed and can give their acceptance speech.

That means, in a departure from normal protocol for the show, winners and their category mates will know the results days before the rest of the world sees them on the SAG Awards telecast.

In all honesty, a pre-shot, edited, packed-to-the-gills awards gala will probably attract more viewers than a rambling, hours-long special.

According to Nielsen, this year’s Golden Globe Awards Show viewership (6.9 million) was barely one-third the size of 2020’s viewership (18.3 million) and by far the least-watched ceremony in modern Globes history.