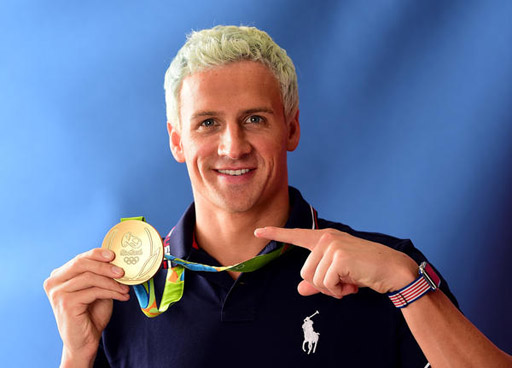 After days of lengthy international reporting regarding four U.S. Olympic swimmers who couldn’t seem to get their stories straight about a night on the town gone wrong, 12-time Olympic medalist Ryan Lochte has issued an “apology” for not being “more careful and candid” in how he related his version of events last Sunday night.

“This was a situation that could and should have been avoided,” Lochte said. “I accept responsibility for my role in this happening and have learned some valuable lessons.”

Lochte originally told the press that he and 3 fellow U.S. swimmers were robbed at gun point by police, but the story upon examination was not holding up.

While Lochte quickly returned to the U.S., his fellow accomplices Gunnar Bentz, Jack Conger and Jimmy Feigen were questioned by police.

Even as they made their way home, an attorney for the two told the press, “They did not make any untruthful testimony. They did not lie in their statements.”

Feigen has apparently agreed to make a $10,800 payment in order to be allowed to leave the country later Friday, his lawyer said.

All in all, this has been a silly mess begun by a drunk 32 year old frat boy, and then perpetuated by police officials upset their city’s reputation had been besmirched.

Can we now go back to paying attention to the important things at the Olympics, like U.S. gymnast Danell Leyva doing a fun strip tease?