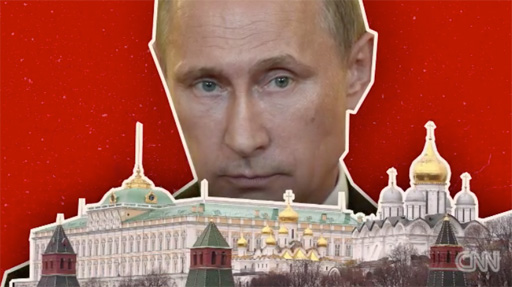 The Russians who worked for a notorious St. Petersburg “troll factory” that was part of Vladimir Putin’s campaign to influence the 2016 presidential election were required to watch the “House of Cards” television series to help them craft messages to “set up the Americans against their own government,” according to an interview broadcast Sunday (in Russian) with a former member of the troll factory’s elite English language department.

The interview, broadcast by the independent Russian TV station Rain, provides new insight into how the troll factory formerly known as the Internet Research Agency targeted U.S. audiences in part by posting provocative “comments” pretending to be from Americans on newspaper articles that appeared on the websites of the New York Times and Washington Post.

“At first we were forced to watch the ‘House of Cards’ in English,” said Maksim in the interview. It was part of a documented “strategy” in the English language department to fully understand how the American political system works. “It was necessary to know all the main problems of the United States of America. Tax problems, the problem of gays, sexual minorities, weapons,” he said.

Among the major themes the trolls were to write about in their posts were guns and gays. “When it was gays, we almost always had to bring out the religious themes,” he said. “Americans are very religious, especially those [who post] on news sites and write comments. You had to write that sodomy is a sin. That could always get you a couple of dozen ‘likes.’”