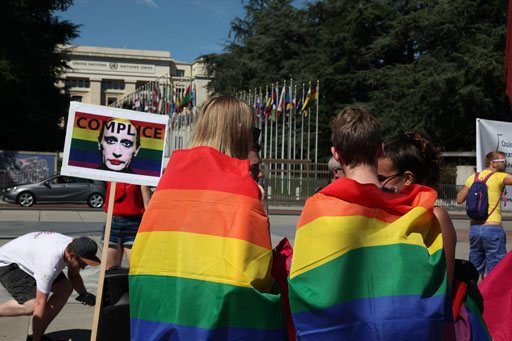 In only five years, the number of hate crimes committed against gay, lesbian, bisexual and transgender people in Russia has doubled.

During that time Russian’s ‘gay propaganda’ law was signed into law by President Vladimir Putin in June of 2013 as a tool to halt gay pride parades and harass LGBT activists.

“It seems to them that, to some extent, the government supports their actions. Many perpetrators openly talk about their crimes as noble deeds.”

Frighteningly, of 250 crimes that were examined, 200 were murders.

Researching records and data from judicial watchdog RosPravosudie, the number of sentences for crimes against LGBT people increased from 18 in 2010 to 65 in 2015.

Experts say the statistics don’t reveal a full picture of the animus shown LGBTs as many hate crimes are not reported, investigated or prosecuted.

Russia was ranked second to last on a list of Europe’s LGBT-friendly nations in 2016 by ILGA-Europe, a network of European LGBT groups. Only Azerbaijan scored worse than Russia.