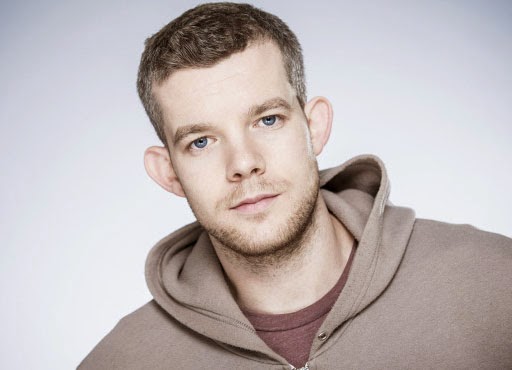 Russell Tovey, out actor and current star of HBO’s Looking, took to Twitter last night to address a atatement he made in an interview with The Guardian in which he expressed gladness that his father didn’t allow him to attend a famous acting school because it helped “toughen” him up and possibly avoid being “really effeminate.”

“I feel like I could have been really effeminate, if I hadn’t gone to the school I went to. Where I felt like I had to toughen up,” Tovey said. “If I’d have been able to relax, prance around, sing in the street, I might be a different person now. I thank my dad for that, for not allowing me to go down that path. Because it’s probably given me the unique quality that people think I have.”

The statement was heard as an attack on effeminate gays from one of the “straight-acting” gays, which has become a sort of “in-tribe” issue within the LGBT community.

I should add a disclaimer here: I did attend acting school where I did dance (if not “prance”) in the streets (and the Broadway) as I enjoyed a sense of freedom about living out my life exactly who I was and still am. My father never had an issue with me being one kind of person or another, except succeeding at life. I thank MY dad for that.

My personal opinion? I don’t think Tovey meant to disparage gays who may not be as “manly” as he considers himself. I think the statement was inartful, but not hateful.

I do believe that when you live on one side of the spectrum, it’s hard to understand the other side. In his comment it’s clear that Tovey is glad he didn’t turn out “really effeminate.” But the comment comes across as a passive-aggressive swipe at those who are; a lot like some of the joking that goes on regarding “bottom shaming.” As if being masculine (or a top) is preferable or more manly.

When folks put those ideas out there (which they are certainly allowed to do) it becomes a line of demarcation. It separates us. It says “masculine > effeminate.” Or, along the same lines “top > bottom.”

Is Tovey the “worst gay ever?” No. Sadly, we have better (worse?) candidates for that title.

And no, I don’t think this was an intentional slight to gay men less “masculine” than Tovey.

But I do wonder – where exactly is the line that would have clearly defined this as “gay on gay” bullying?

I surrender. You got me. I’m sat baffled and saddened that a mis-fired inarticulate quote of mine, has branded me worst gay ever

If you feel I have personally let you down, I’m sorry, that was never my intention

I’m proud to be who I am and proud for others We’re in this together, I want you to know whatever you think I meant, I didn’t

I’m gonna ride this out, and one day we will all look back on this moment with a half smile of fascination and amusement